The Government of Saskatchewan has announced a change to the Irrigation Development Program that will allow producers to access up to $500,000 per applicant to finance irrigation infrastructure.
Jun 4, 2021 5:31 AM By: Submitted 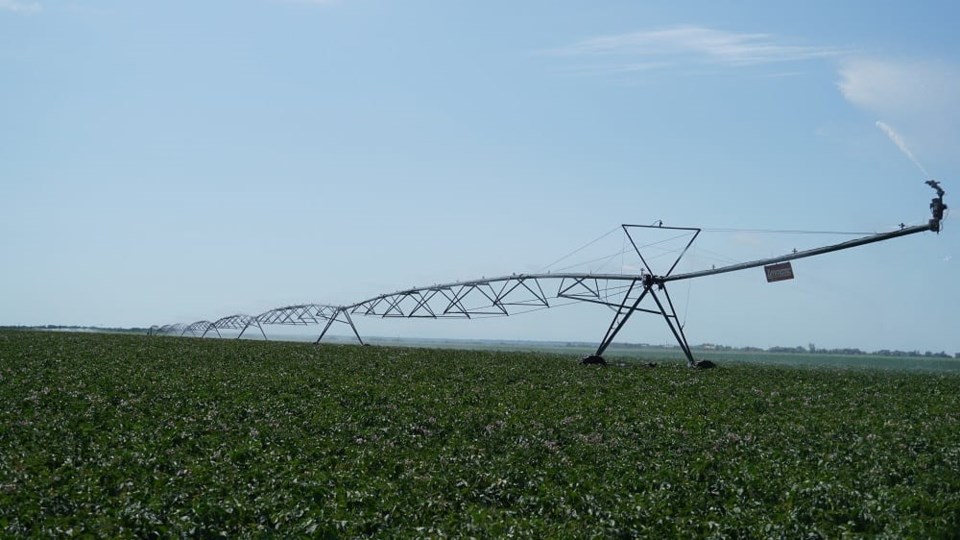 The Government of Saskatchewan has announced a change to the Irrigation Development Program that will allow producers to access up to $500,000 per applicant to finance irrigation infrastructure. This program change was made possible by the additional $5 million investment in irrigation development that the government will make over the next two years.

"Increased irrigation supports the growth of diverse, high-value crops and will generate significant returns for our producers and our province," Agriculture Minister David Marit said. "This funding will provide more support for producers to develop irrigation projects and bring the sector closer to achieving our Growth Plan goal of adding 85,000 new irrigated acres in Saskatchewan by 2030."

This additional funding for the Irrigation Development Program will support projects that are ready for construction to be completed in the next two years. The program increases irrigation capacity by helping finance the infrastructure required to bring a secure water supply to the edge of irrigable cropland. This funding is in addition to the existing commitment under the Canadian Agricultural Partnership (CAP) for this program. The maximum program payment per applicant was previously $300,000.

In 2020, close to 10,000 acres were brought under irrigation as a result of the Irrigation Development Program.

“Saskatchewan Association of Rural Municipalities (SARM) welcomes the additional funding announcement that will further enhance irrigation development in the province,” SARM President Ray Orb said. "SARM is pleased the province recognizes the need for more diversification and value-adding in the agriculture sector, in addition to the Lake Diefenbaker Irrigation Expansion Project that was announced previously."

"This funding will help Saskatchewan producers advance projects that will further diversify and strengthen the province's agriculture sector," Saskatchewan Irrigation Projects Association President Aaron Gray said. "We are excited about the opportunities for irrigation in Saskatchewan."

This funding will help to advance projects in areas outside of the Lake Diefenbaker Irrigation Expansion Project. In 2020, the Government of Saskatchewan announced a $4-billion investment to develop water infrastructure around Lake Diefenbaker that will support the irrigation of 500,000 additional acres over the next 10 years and create a sustainable irrigation sector for decades to come.