Local region nears having 70 per cent of crop planted 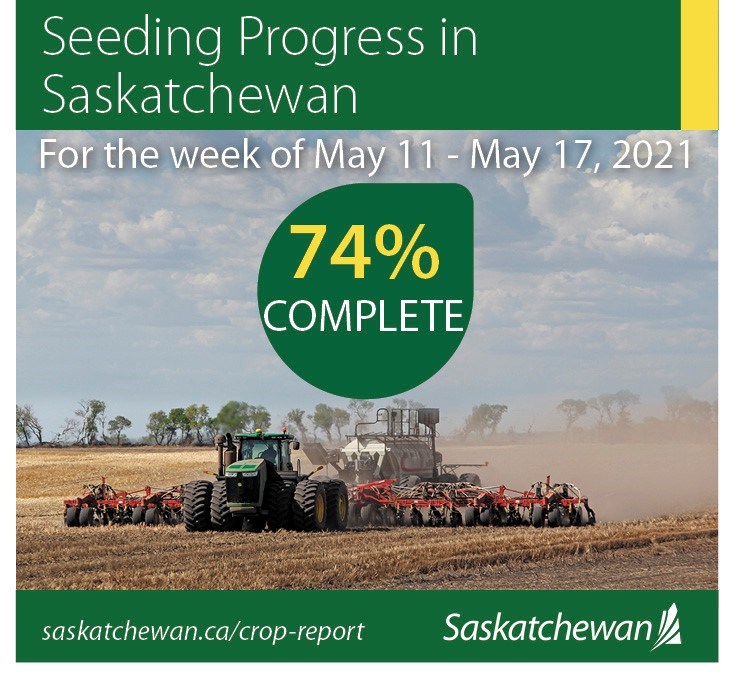 Minimal rain and fair weather across the province has allowed producers to seed without any prolonged delays.

There was very little precipitation in the region and producers were able to make great seeding progress.

Most of the region received very little to no rainfall this week.

The Pelly area received the highest amount of rain with only 10 mm.

Hay land and pastures have been very slow to green up this week with the warmer temperatures.

Rain would be welcome across the region, especially to help support pasture and hay growth.

Cropland topsoil moisture is rated as zero per cent surplus, 14 per cent adequate, 48 per cent short and 38 per cent very short.

Hay land and pasture topsoil moisture is rated as ten per cent adequate, 32 per cent short and 58 per cent very short.

Some farmers have halted seeding canola while they wait for rain in the forecast.  Others have opted to seed wheat or other cereals instead.  Very little spraying is happening in the province due to low weed emergence and strong winds making for poor spraying conditions.  For many parts of the province where precipitation has been very low, crop germination has been poor and patchy.