The Government of Saskatchewan has announced it has selected Conexus Venture Capital Inc. (CVC) as the fund manager for the government's $15 million agtech venture capital investment.
Jun 7, 2021 9:56 AM By: Submitted 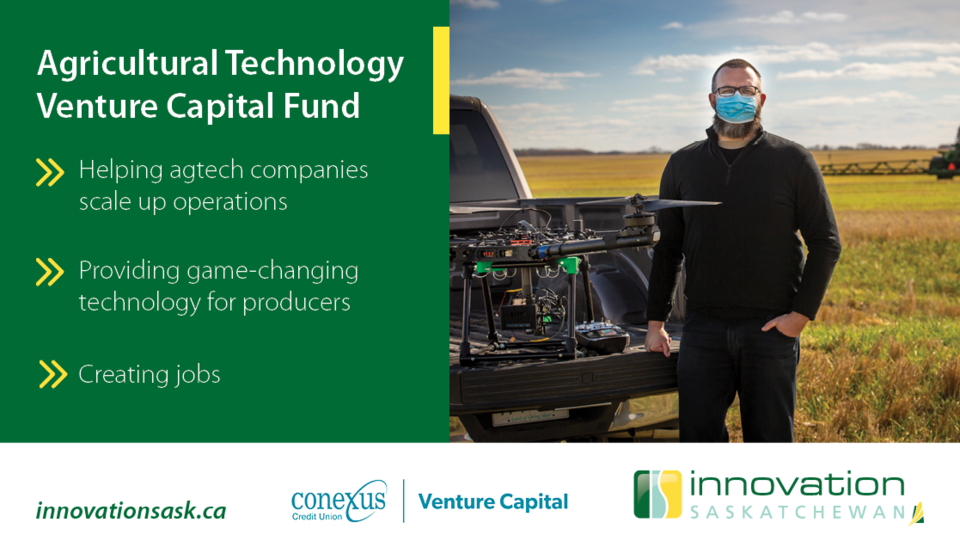 The Government of Saskatchewan has announced it has selected Conexus Venture Capital Inc. (CVC) as the fund manager for the government's $15 million agtech venture capital investment.

"We are excited to be partnering with Conexus Venture Capital Inc. on its Emmertech fund," Minister Responsible for Innovation Saskatchewan Jeremy Harrison said. "Conexus has a proven track record as a provincially regulated money manager. This fund will bring jobs and new growth to our province and equip farmers and producers with game-changing technology."

In August 2020, Innovation Saskatchewan issued a Request for Proposal (RFP) for a private sector partner to manage the government's investment of $15 million over five years into agtech. Conexus Venture Capital Inc. was identified as the top ranked proponent after a competitive process that included convening with subject matter experts from government and industry.

"Agriculture is a long-standing Canadian success story and the technology sector is quickly following suit; however, one of the biggest challenges in Canadian agtech is the lack of private capital," Conexus Credit Union Chief Executive Officer Eric Dillon said. "We know that with proper access to early stage venture capital, Canada can become a global leader in agriculture innovation. We're excited to be the chosen partner with Innovation Saskatchewan and launch our newest fund, focusing on harnessing the momentum in Canadian agtech and supporting our brightest early stage entrepreneurs."

Innovation Saskatchewan's investment into Conexus Venture Capital Inc.'s Emmertech fund, combined with other programs including the Saskatchewan Advantage Innovation Fund, the Saskatchewan Technology Startup Incentive, and the Agtech Growth Fund, will work with the rest of the province's agricultural infrastructure to help support early stage agtech startups, create a pipeline for future investments into the venture capital fund, help stimulate the provincial economy, and triple the technology sector, all of which were identified as important objectives in Saskatchewan's Growth Plan 2020-30.