Bongo Volleyball 16U team at provincials 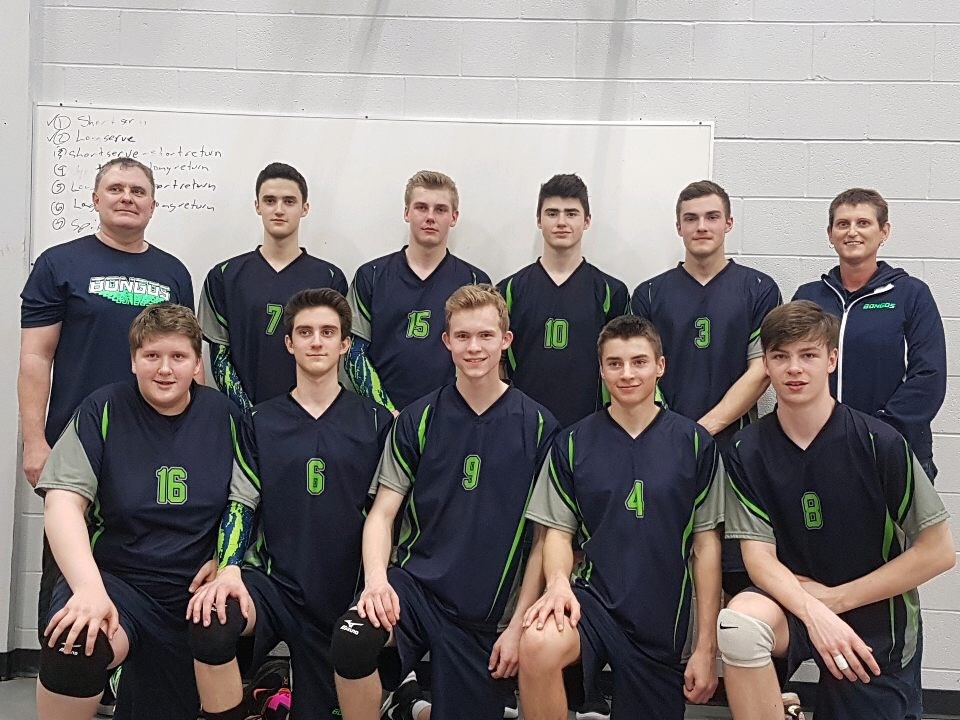 The Yorkton Bongo Volleyball Club’s 16U squad played in the provincial tournament in Warmen on April 27-29.

Round robin play saw the Bongos achieve second, their only loss coming in a close three-game match to RVC out of Regina, which went on to get gold in the tournament. This allowed the team to advance to Tier 1 playoffs, which was one of the team’s goals for the tournament said coach Dion Pfeifer.

The Yorkton squad had to settle for sixth place overall after the weekend.

Next action for the club will be the 15U team, which shares many team members with the older squad. That will take place this weekend.