If you are an avid board game player you probably frequent thrift stores, yard sales, newspaper classified sections, and online markets with an eye for games.
Jun 13, 2021 5:49 AM By: SaskToday 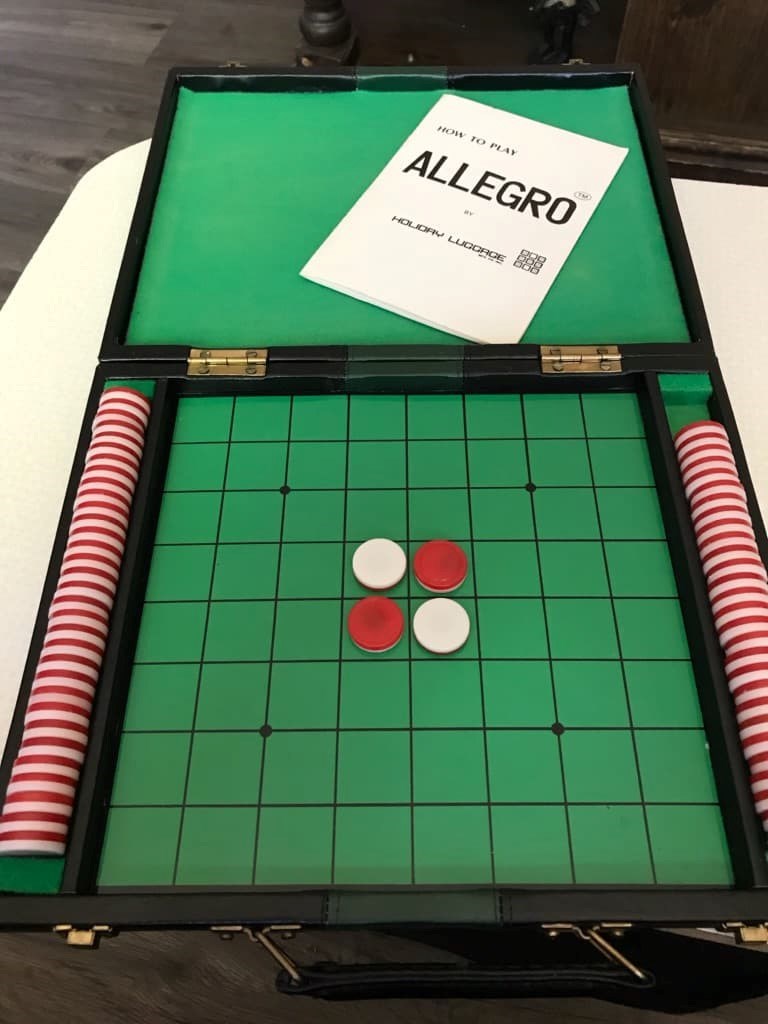 If you are an avid board game player you probably frequent thrift stores, yard sales, newspaper classified sections, and online markets with an eye for games.

The truly dedicated, some might say fanatical among gamers, that you can never have too many games, and our little gang admittedly falls into that category. It takes a certain level of self-control -- which it might be noted in under-appreciated by the spouses of the married among us – not to buy every game we see.

Let’s face it having an extra copy of a loved game is never a bad thing, and you can always raid pieces from extra sets (especially backgammon stones), to make home versions of rare or print n’ play games.

So one day in looking through a marketplace I come across a game called ‘Allegro’ which admittedly I had not heard of, but the photos were highly suggestive of the game being ‘Othello’ simply packaged under a different name.

While having a set or two, Othello is a game I have been watching for, hopes for a fall session post COVID-restrictions dancing through my head.

So I made arrangements with a friend in Saskatoon to pick it up, and now a few weeks later the friend network has delivered it into my waiting hands.

The game is rather cool, albeit strange at the same time.

To start this is a travel version, so it comes in a small case much like most backgammon boards, only a bit smaller at just more than 10X12 inches when closed. The compact size makes it great for the suitcase for hotel room gaming, or to tuck into the camper for rainy vacation days.

Opening the case I found that the pieces are magnetic, the board metal. Score another point for being rather handy when traveling. The kids can play in the backseat as an option to less cellphone time.

The game was made by Holiday Luggage Inc. which I suspect is/was Canadian since the rulebook is in both English and French.

But, the name was/is still the mystery here.

The board has smaller corner markers which suggest it is a ‘Go’ board, and the rules mention ‘Go’ in the first line and go on to suggest that ‘Allegro’ is a greatly simplified version of ‘Go’.

But, then you read the game rules and you are back to ‘Othello’. You place pieces to outflank those of your opponent and flip the stones in between.

There is no flipping in ‘Go’ so the reference to that great game makes no sense, but that is more oddity than issue with this little set.

The key is that you get a rather nice travel version of Othello, although the red and white pieces do take a bit of getting used too as Othello is usually black and white.

What is not noted in the rule is that the board, with 64 pieces, can be used for a wide range of games.

So print off rules for Croda and Dameo, two fine checker variants that are playable with the set, and of course draughts/checkers a standard for several centuries now.

The set is also ideal for Lines of Actions, a gem of a game by Canadian designer Claude Soucie.

And with a little imagination, think a smaller board and play Teeko from 1945 or a more recent take on the same idea, Wizard’s Garden.

Othello boards truly are versatile, and that this one happens to be so easily packed for travel makes it a wonderful find.