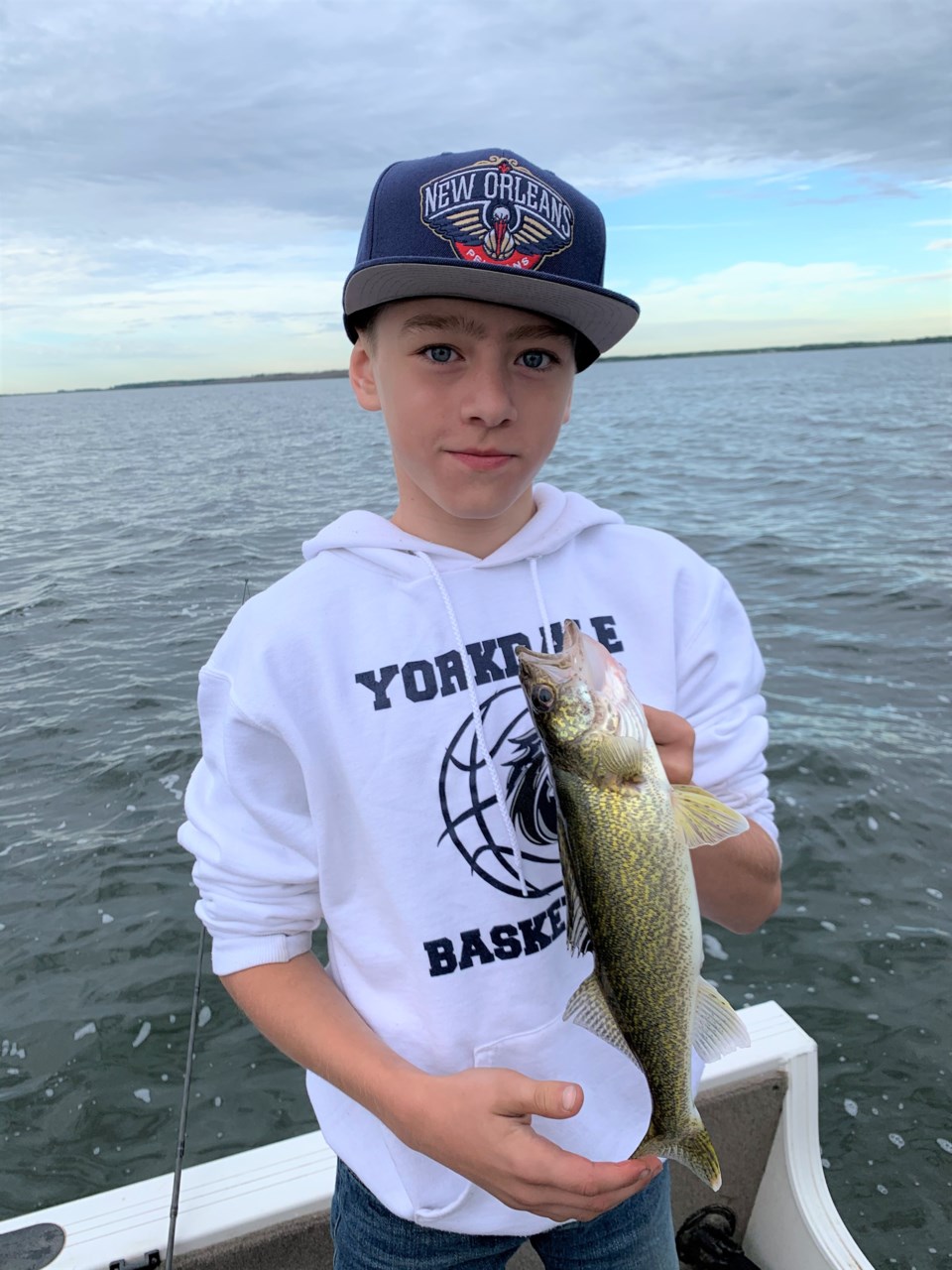 Derek Kienle and the first walleye of the day at Fishing Lake Saturday.Submitted Photo

It was a great day of fishing, and camaraderie, for Aaron Kienle and family.

“We were on Fishing Lake this past Saturday by 6:30 a.m..,” he notes, adding the “boat was launched on the North Shore of Fishing Lake only a couple kilometers from where I was raised.”

Aaron said the day was going to be special whether the fish were biting, or not.

“Being on the water with my son for his first boat fishing experience was going to be pretty memorable,” he said.

“We got to our first fishing spot located close to Fishing Lake Bible Camp, a summer camp I spent more than 10 summers attending.”

Good fortune was soon upon the duo.

“Within a few minutes the first fish (pictured) was on, and it was my son Derek that was starting the day,” said Aaron. “We released it as we were quite certain we were going to be catching after the hits we were feeling so quickly.

“Sure enough there was many, many fish caught in the three-hours we spent in two different spots.

“Derek who had the lead in fish caught for the early part of the morning ended up losing the lead to my brothers father-in-law (Kevin Karmark), however he still doubled me.
Aaron said it was the sort of day that makes summer special.

“It was an awesome morning of memories made, beautiful weather, scenic as ever, great company, and 40-plus Walleye and a lone large Pike caught,” he said, adding “we were fishing with a variety of colours of jig heads/worms using minnows and beef heart as our bait, casting as well as bottom bouncing.”

Aaron added a “special thanks to my brother Joel for marrying someone whose father is a great guy and owns a fishing boat.”