Tim and the Glory Boys try something new 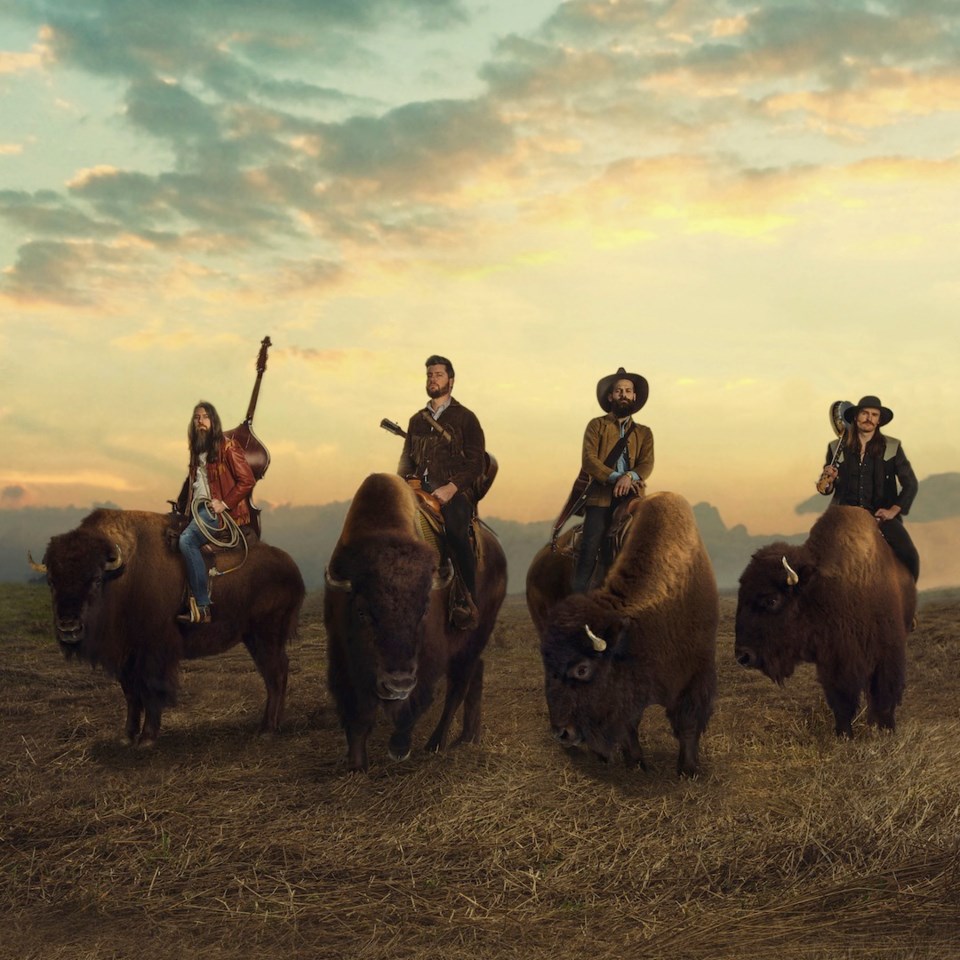 It’s never too late to try something new. Take Tim Neufeld, the Tim of Tim and the Glory Boys. The group had seen plenty of success as a group playing bluegrass-infused gospel music, including winning the Juno Award for Contemporary Christian/Gospel Album of the Year for their previous record, Hootenanny! But when it came time to record their new album, Buffalo Road Show, they decided to take a stab at contemporary country music and try something they haven’t done before.

“We’re super proud of it. It’s a little different for those who have followed us for the six years of our existence, it’s the most mainstream we have ever been with our music, but I don’t think we’ve ever written better songs either.”

The change in sound was inspired by friends like Paul Brandt telling them to try country music.

“We thought, why not give it a shot? We grew up with country music, it has been a part of my musical DNA, especially in the ‘90s, I grew up absolutely loving Garth Brooks, consuming everything he put out, I even had the Chris Gaines record, so a hardcore Garth Brooks fan!”

The genre shift meant the Neufeld and the band was able to do things they’ve never done before, a rare thing for someone who has been writing songs for 20 years.

“It’s a strange thing to say, but at 42 years old, having been in music for about half of my life now, I’ve never really written a song about a girl.”

Neufeld has a song about his wife on the new record, which he admits feels a little weird on stage - “in a good way” he adds - but he feels that expanding their sound has opened up an entire world of possibilities for them and their songwriting.

“I suppose there’s risk involved, but if we don’t take it we’re just going to implode with that creative outlet not being satisfied, that itch not being scratched.”

It might be a different sound, it’s still the same band - as you might expect from a band whose previous record was called Hootenanny! Neufeld describes the album as being a party. You can tell they want to have a good time right from the cover art, which puts the band on buffalo.

“I think gospel music especially takes itself way too seriously, and that’s what we came out of. This might be a reaction to that. I don’t think gospel should be that way either, but certainly in country music we have a license to just be goofy, we’re more inspired by acts that go there… bands that don’t care too much about being cool, but want to entertain, have fun and be real people as they do it.”

They wanted to make a statement with the album, that being they’re here to have fun and give people at the show a good time. Describing being a touring musician as the best job in the world, Neufeld is glad they get to keep doing it.

“Our life on the road is such a party, but not in the classic rock and roll sense, we’re not Motley Crue.”

They might be having a good time, but they’re also supporting others. The band works with child aid NGOs to help them over the tour, groups like World Vision, Unicef and Food For the Hungry.

“We’ve tried to make it a pivotal part of what we do as artists. The reward there is just knowing we’re making a difference in a way that’s so tangible to people who really, really need it.”

Tim and the Glory Boys will be taking their Buffalo Road Show to Yorkton on Oct. 16 at Heritage Baptist Church. Tickets are available at timandthegloryboys.com.