Yorkton singer-songwriter Angus Vincent has something to celebrate in 2020. His latest album, Pasiko, was released on Nov. 6, ending a year that began with the release of the single of the same name.
Dec 17, 2020 9:47 AM By: Devin Wilger 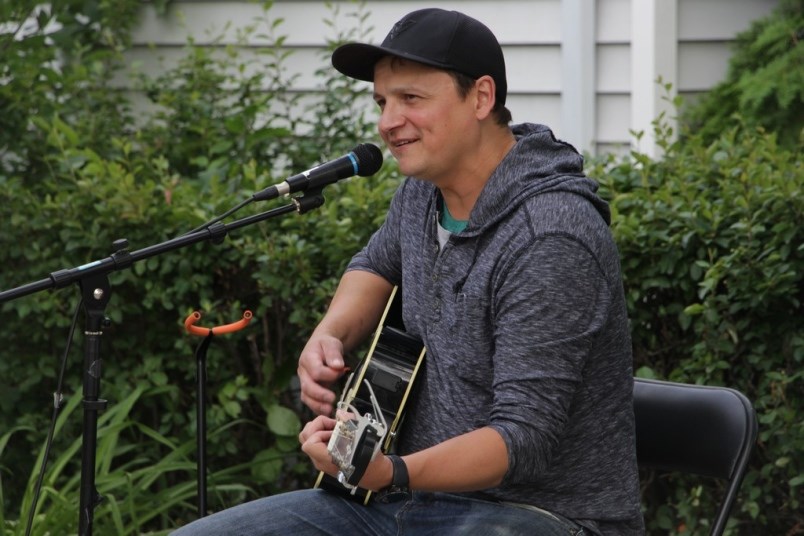 Yorkton singer-songwriter Angus Vincent has something to celebrate in 2020. His latest album, Pasiko, was released on Nov. 6, ending a year that began with the release of the single of the same name.

Vincent said that he didn’t confine himself to any particular genre with this album. The songs themselves tackle a variety of subjects, from issues in the world to his own life.

He felt that his song “What is Wrong” needed to get out this year, because it reflects the different issues that are facing the world through a difficult year.

“When you hear about injustices or hear about sad things going on in the world, it’s really hard to avoid that. I’m just hoping that it resonated with a lot of folks, in tune with what’s going on.”

But not every song is as serious, and he can’t resist writing a few love songs.

“I’m a sappy love song writer too, and I don’t mind a little ballad here and there.”

The album took a while to create. He started the recording process in 2019, and said that it he was happy to have the album, long in the works, finally available to the world.

“It was a weight that lifted off of my shoulders once I submitted it and it was good to go. It was a very proud moment, a very good moment. I had all of these songs waiting in the wings to be thrown out into the world.”

The title track, Pasiko, was picked as the opening track and the name of the album because it held a lot of sentimental meaning for Vincent. It’s inspired by his late grandmother, and features his Plains Cree language. The word means “get up,” and something his grandmother would say to encourage him to get up, complete his education. He said the song is about getting up and finishing what you start. Vincent admits that the words can also apply to writing an album.

“Finishing that project, it was such a good feeling, and those words were constantly in my mind when I was working on it.”

The entire project was recorded in Vincent’s home studio in Yorkton, and only one song - What is Wrong - had a collaborator, co-written by Arlis Albritton. Vincent said he’s hoping to collaborate with other songwriters more in the future.

“It helps me as a musician, helps me as a storyteller... I have all these stories I want to tell, but there’s nothing wrong with branching out, expanding horizons and utilizing somebody else’s skills and talents as well.”

Musicians in general are having a difficult time during the pandemic, with fewer opportunities to perform live. Vincent has been keeping busy, however, taking part in streaming concerts and being one of the artists in the Yorkton Arts Council and the City of Yorkton’s Sidewalk Concert Series, where concerts were held in the driveways of people in the city for the enjoyment of them and their neighbors.

“I’ve been very fortunate and blessed, there have been a few opportunities.”

It’s not the easiest year to release an album, with limited opportunities to promote it, but with the album done and ready to go, Vincent wanted to get the songs out into the world. He has been able to get radio play already, and is hoping that the record can build an audience even if he can’t tour behind it.

“The timing may not be the best, but honestly for me, there ain’t no time like the present.”

Check it out at https://angusvincent.com/