The Yorkton Terriers hosted the Millionaires in a weekend home-and-home to start the preseason. Kolton Leslie started the scoring, with the first goal of the Melville Saskatchewan Junior Hockey League preseason 6:48 into the game.
Oct 26, 2020 2:34 PM By: Calvin Daniels 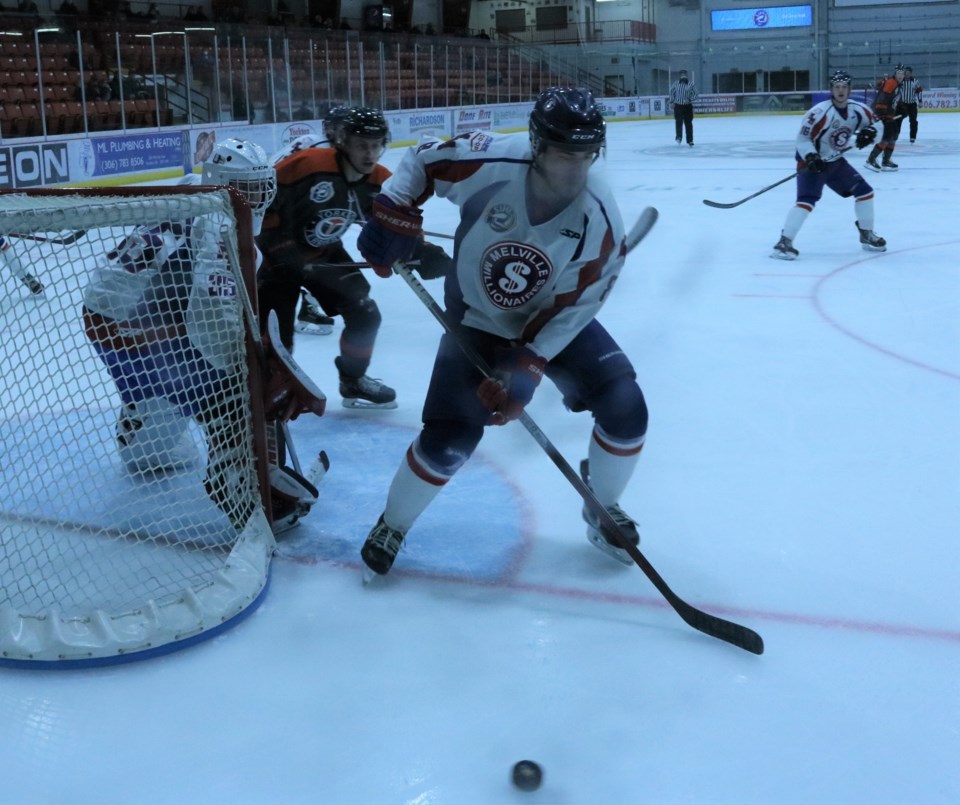 The Yorkton Terriers hosted the Millionaires in a weekend home-and-home to start the preseason.

Kolton Leslie started the scoring, with the first goal of the Melville Saskatchewan Junior Hockey League preseason 6:48 into the game.

The rest of the opening frame belonged to the host Terriers as Steven Norum knotted the contest at 8:28 of the first.

The teams would settle into more of a defensive effort in the second period with neither team managing a goal.

Philippe Bond was in the Terrier net facing 25-shots in the contest.

The Yorkton Terriers played their first game of the Saskatchewan Junior Hockey League preseason tonight with a trip down Highway #10 to face rival Melville.

The game was scoreless through the first period, and nearly through the second with Terrier Ryan McCleary finally breaking the tie with a goal at 19:50.

In the third Colby Vrani made it 2-0 for the Terriers, with McCleary adding his second on the contest at 19:39.

Jacob Herman recorded the shut-out in the Terrier nets stopping all 35 shots he faced.

“Anytime you only let one goal in in two games you’ve got to be happy,” he said.

But, as any coach generally is in preseason, Hehr quickly pointed out aspects of the two games he was not happy with.

The issue was defence, especially Friday as Herman was earning his shut-out, often single-handedly, said Hehr.

“We definitely didn’t play good in front of him. Herman stood on his head,” he said.

It was a better effort Saturday.

“We settled down and helped him (Bond) out a little more than we did Friday,” said Hehr, adding his netminder still made some big saves in the 3-1 win.

Saturday, getting down early, but responding with three quick goals, them shutting down the Mills the rest of the game was a big positive.

“I think it was a character win,” said Hehr, adding it was the sort of win he anticipates the Terriers will need this year.

“I don’t think we’ll be as high scoring,” he said, so the Terriers will need to be able to “lock down” other teams once they are up a goal, or two.

That will mean the Terriers need complete team efforts.

“We’re going to need lots of our depth guys to step up and have big years for us,” said Hehr.

The two teams face off in preseason action again this weekend, Friday in Melville then back to Yorkton Saturday.