Medically themed TV shows and movies often have an “expert” listed in the ending credits. One would think that this person has graduated at, or at least near, the top of their class.
Jun 7, 2021 5:30 AM By: Pattie Janzen 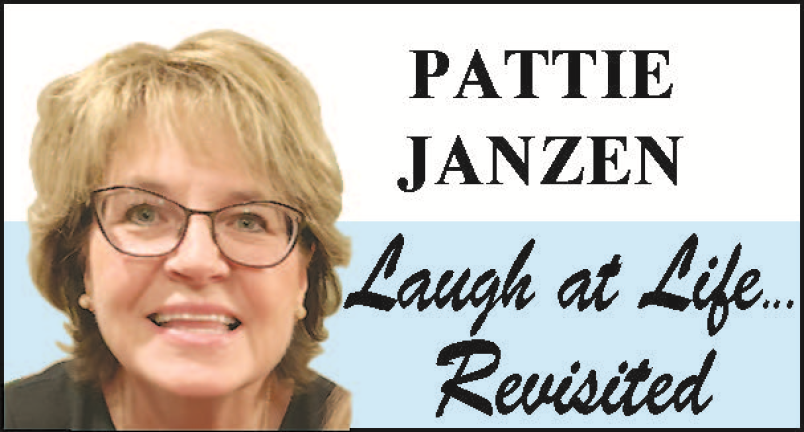 Medically themed TV shows and movies often have an “expert” listed in the ending credits. One would think that this person has graduated at, or at least near, the top of their class. After all, they are, supposedly, giving accurate advice on how to infuse realism into the show.

When, in actual life, medical procedures are criticized because someone has seen it “done correctly just last night on The Good Doctor”, I feel compelled to clear up a few misconceptions.

First: A doctor will not order fifteen tests, including a stat MRI, without examining you first.

Second: Among other things, the doctor who is on duty in the ER is not the one who will care for your complicated pregnancy, do major bowel surgery or diagnose you as a psychotic killer. Specialists do these things in other areas of the hospital, or at another hospital altogether.

Third: You will not INSTANTLY collapse and/or die from anything given with a needle into your muscle or when given a pill you must swallow. Depending on the substance it would, at least, take a few minutes.

Fourth: Not only will you NOT DIE from vomiting in pregnancy but, you will never push a baby’s head through your vagina only to have it pushed back up inside so that a c/section can be performed.

Fifth: IVs are not started at a ninety-degree angle! Also, if you decide to yank yours out, there WILL BE blood spilling from the site. Take note: the way most nurses tape an IV, (because we don’t want to restart it!), even a good tug will only achieve hair-pulling, hopefully making you rethink the wisdom of your actions.

Sixth: No medical professional will defibrillate a heart that has stopped beating completely so—when you see a flat-line on the TV’s heart monitor—that person is dead and won’t be brought back to life by a “shock”. Medications, perhaps, but no shock.

Seventh: There is only so much blood inside one human body. If you see bucket-fulls of it on the floor, it’s clearly not yours because—you would be dead. (Of course, in Hollywood, the blood transfusions are readily available at a moment’s notice. They, apparently, don’t need time to make sure it is safe for you.)

Eighth: A trip to the ER with your ingrown toenail will never trump a cardiac arrest, spurting blood from an artery, a bone sticking out, abdominal pain or … just about any other complaint. If you still insist on going, bring a novel with you and expect to finish it while you wait.

Ninth: The surgical team performing your brain or heart surgery WILL NOT stop in the middle of it to solve their relationship dilemmas or to ask one another out on dates.

Clearly, the aforementioned “experts” who are, undoubtedly, paid an obscene amount of money to give the writers of these shows incorrect information, graduated (?) … at the bottom of their class. Take note of their names and steer clear!