Sports This Week - Book looks at darker side of NHL

There are times in life when something comes along which indelibly alters your perception of something. I’ve recently encountered such an occurrence in terms of how I will see the National Hockey League moving forward.
Oct 23, 2020 12:32 PM By: Calvin Daniels 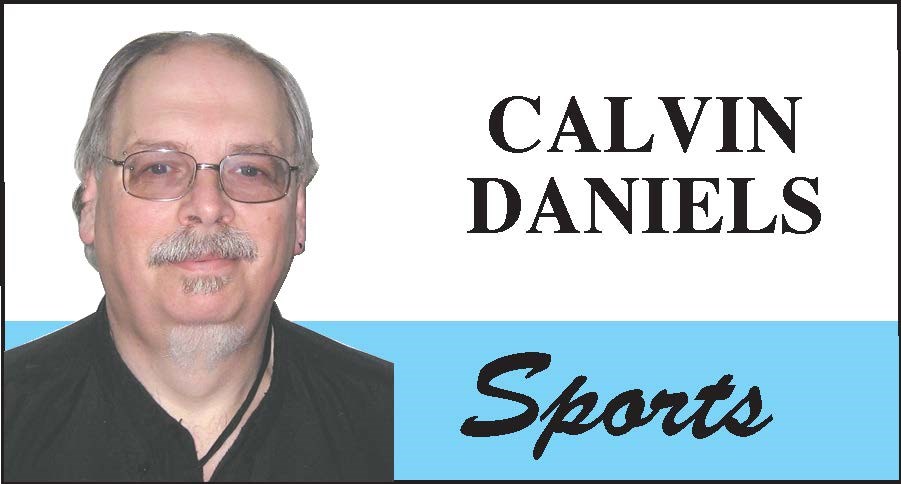 There are times in life when something comes along which indelibly alters your perception of something.

I’ve recently encountered such an occurrence in terms of how I will see the National Hockey League moving forward.

The NHL has been a part of my entertainment life since I was just a wee lad as they say. Like most Canadian boys of my generation Hockey Night in Canada was a big part of my growing up. We had but one channel in my earliest years on the black and white TV (yes I am that old), and watching games with my dad Saturday evening after barn chores was just something we did every week, (not that there were a lot of options).

So, naturally I became a fan, and while there has been something of an ebb and flow in interest through the years depending on the quality of the game, I’ve generally been a rather ardent fan for more than half a century.

Then along comes the recently released book Finding Murph by Rick Westhead and my view of the NHL changed.

The book is about former first round draft choice Joe Murphy and how he went from Stanley Cup champion to living homeless in the bush.

So a quick look at the book from an online synopsis; “In 1986, he became the first college-educated hockey player selected first overall in the NHL entry draft. He won a Stanley Cup in Edmonton four years later. But since then, his life has taken a tragic turn, largely due to the untreated brain injuries he suffered as a player.

“Murphy’s life didn’t begin on a track that would lead to homelessness. He was smart, dedicated to hockey and was a key player for the Oilers, Red Wings and Blackhawks, among other teams. But one vicious body check changed his life forever. Despite being shaken by the hit, Murphy was cleared to return to the game. Soon after, his entire life seemed to change.

“Murphy became a journeyman, moving from team to team. Along the way, other NHLers said they noticed something different about him, too. Murphy wasn’t acting like himself and soon found himself out of the NHL entirely. Eventually, Murphy became homeless.

“In the spring of 2018, Murphy made his way to Kenora, Ontario, where he lived in the bush, spending his days outside a local convenience store, muttering to himself and taking handouts of food and drinks from passersby. The player who had once set the NHL aflame now slept by the side of the road in the unforgiving North.”

While Murphy’s story is obviously a tragic one, the reasons for his descent into homelessness is even more tragic, and author Westhead pulls few punches in laying the blame squarely at the feet of the NHL.

Westhead spends a good portion of the book examining the role of the NHL in Murphy’s downward spiral, and the overwhelming evidence is what has fundamentally change how I will see the NHL moving forward.

I told Westhead about how his book has put tarnish on the NHL for me.

While stating, “I love hockey, love the players, love watching it,” Murphy’s situation is real, and it needs to be talked about.

“We need to lean into the uncomfortable,” he said.

For Westhead, the story of Murphy, while tragic, is sadly far from unique. A myriad of former NHL players have suffered; players like Mike Peluso with 200-300 NHL fights and more in practice and the minors.

Or, Derek Boogaard, the Saskatchewan-born enforcer who died at 28 from an accidental drug and alcohol overdose while recovering from a concussion. A posthumous examination of his brain found he had suffered from chronic traumatic encephalopathy more advanced than that seen in some former enforcers who had died in middle age.

Or, the startling statistics that 80 per cent of former NHLers will see their marriages end in divorce, which Westhead said is suggestive of issues carried forth from their playing days.

The solution to the issue starts with the NHL owning up to the situation.

“The NHL needs to be accountable,” said Westhead.

For too long the NHL has taken the ostrich with its head in the sand approach, which Westhead termed “a great metaphor” for the situation.

In spite of stacks of medical evidence from other sports; boxing and football in particular, the NHL has been slow to even admit that repeated head injuries whether from fights, hits or crashes into the boards, have a detrimental and accumulative effect on the human brain.

“One of the heads of the Canadian Medical Association is calling out the NHL that it could be doing better,” offered Westhead, but the league response has been “... don’t tell us how to run the sport.”

That is the root of the problem said Westhead, when the NHL ran mostly by former players ignore the best evidence of medical professionals.

So how can the NHL do better?

Westhead said while the first step is admitting the problem, there are then actions that can be taken. He pointed to Hall of Famer Ken Dryden’s suggestion that any hit to the head being a penalty.

“I would say that would be a great step in the right direction,” said Westhead.

The onus also needs to be taken away from player’s regarding whether they are ready play. After a player takes a hit to the head asking ‘are you good to go?’ and when they say yes, sending them back on the ice no longer cuts it, said Westhead. They need to be out of the game and fully evaluated before getting back on the ice.

The NHL did implement spotters, people perched in arenas watching for players who look like they need attention, but Westhead points out no one knows who these spotters are, leaving a questions of why they are anonymous, and if they are qualified and independent in their role.

So how many have suffered from the lack of care and support?

“We know there are players that are struggling,” said Westhead, but the numbers are unknown. “We don’t know how many because the NHL doesn’t want us to know,” he said.

Westhead said the league, and even the player’s association has simply not done a very good job of tracking how players do post their careers.

As for Murphy, Westhead said his situation is not a good one.

“I don’t have a lot of optimism he’s going to get better,” he said.

And, therein lies the problem for a fan like myself, realizing the league you have followed for decades has abandoned players like Murphy. It leaves a bad taste and a tarnished view of the sport at its highest level.

That all said, the book is a must-read for hockey watchers.