Even if you are a sports fan, the name Colette Bourgonje may not be particularly familiar, and I admit I was one fan of sport who was unaware of this rather outstanding athlete.
Jun 3, 2021 5:02 AM By: Calvin Daniels 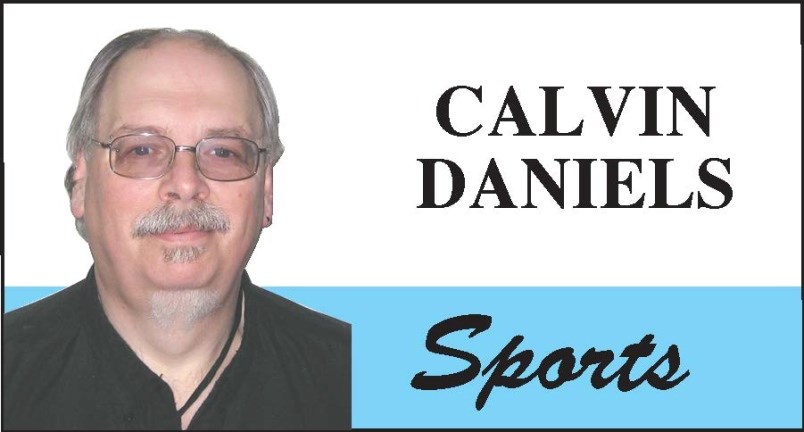 Even if you are a sports fan, the name Colette Bourgonje may not be particularly familiar, and I admit I was one fan of sport who was unaware of this rather outstanding athlete.

But, when the Saskatchewan Sports Hall of Fame announced its 2021 inductees and Bourgonje was among them, I did a bit of web searching to find out about her background in sport.

The resume is frankly amazing. Bourgonje, who was born in Porcupine Plain, is one of few Canadians to receive medals in both the Summer and Winter Olympic Games. She has competed in six winter Paralympic Games in sit skiing and three summer Paralympic Games as a wheelchair racer.

She has won four bronze medals in the Summer Paralympics her silver medal in the 10 km sit-ski at the 2010 Winter Paralympics was Canada's first at home, as the event was held in Vancouver.

When I saw all she had accomplished I knew I had to chat with her about her amazing career and the SSHF was good enough to help arrange that.

Naturally I started out by asking about the recent induction announcement.

“It was absolutely special,” she said. “Awards at home in a small community like Saskatchewan – it’s fantastic.”

Bourgonje said her interest in and eventual success in sports, began in Porcupine Plain where she began playing a range of sports and was introduced to what she termed “the power of sport.”

The key was being active early.

“When you start young it’s just ingrained in you,” she said, adding coming from a small town gave her an opportunity to play everything that was available.

“So, that’s really where I started as an athlete,” she said, adding the first step was likely “playing soccer and the elementary school ground.”

Bourgonje would evolve to become an accomplished cross-country runner, with colleges calling.

But that was not to be. Bourgonje was left paralyzed after a car accident in 1980, two months away from graduating high school.

Bourgonje had been ejected from the car in the accident. The accident punctured her lungs, broke her sternum and back, 98 per cent of her spine was severed, details her Wikipedia bio.

To get her to the hospital in Saskatoon in time, 40-50 vehicles in Porcupine Plain shone their headlights on the plane strip landing so the air ambulance could land.

As an athlete, the accident could have been the end of the story, but that would not be the case. Bourgonje was introduced to Para Sport by the Saskatchewan Wheelchair Sports Association (SWSA) shortly after the accident because she had previously been a cross country runner, and a new road to athletic success began.

Initially, Bourgonje said it wasn’t so much for competition but “just wanting to be active,” adding as an athlete “I was hardwired for it I think.”

Bourgonje found out she was good at wheelchair racing, very good in fact, winning a gold medal in the 800-metres at the 1990 Commonwealth Games, and bronzes at the 1992 Paralympic Games in Barcelona and 1996 Games in Atlanta.

But, living in Saskatchewan there is a lot of winter and eventually she was introduced to sit skiing.

SASKI-Skiing for Disabled began in the early 1990s, with skiing for the blind and were looking for other disabled persons to become physically active.

Her friend and president of SASKI, Pat Prokopchuk and others created Colette's first sit ski in 1993, noted Wikipedia. It was far from a perfect sit ski for Bourgonje, but she was hooked.

Immediately, Bourgonje said she realized “that’s what I was looking for.”

In wheelchair racing its head down, basically looking at the ground as you power forward.

Skiing gave her a view of the outdoor world.

“Cross country skiing was super fantastic. You’re skiing around in the forest going on an adventure,” she said, adding it was in a way reflective of her passion as a youth. “I loved running. That was my thing as an able-bodied athlete.”

Looking back the first Canadian medal in Vancouver was certainly a highlight, especially as an athlete 48 years old at the time.

“To get that first medal was amazing,” she said, adding it was made better because “friends and family had come to the Games.”

That said, Bourgonje recalls she was in the lead, and it slipped away. But as she dropped to second she stayed focused. “Just trying to get on the podium was the goal.

“It was definitely a highlight in my career.”

Bourgonje said when you go to an Olympics it’s always a huge accomplishment.

“You’ve put in so many hours of training,” she said, adding in the race she had it down to “30 different points that were keys “to what might happen” in the race. “You just want to make sure you cover all the bases.”

Over her long career Bourgonje has also seen the profile of Paralympics grow, and as a Metis the growth of minority involvement grow too.

“To see inclusion and diversity has increased – seeing that evolution has been awesome,” she said, adding it starts with having a chance to be involved. “. . . I think there’s just so many more opportunities.

“It’s great to have been part of that.”

So does Bourgonje have any advice for young athletes?

It starts by trying them all to make sure “you find the one you really, really love ... And, make sure you have fun with your journey,” she said.