Last week started a look at the game of chess with Vlad Drkulec, President of the Chess Federation of Canada, which now continues. For context, I asked if Drkulec played other games Othello, Go, Hive, etc.
Apr 4, 2021 5:33 AM By: SaskToday 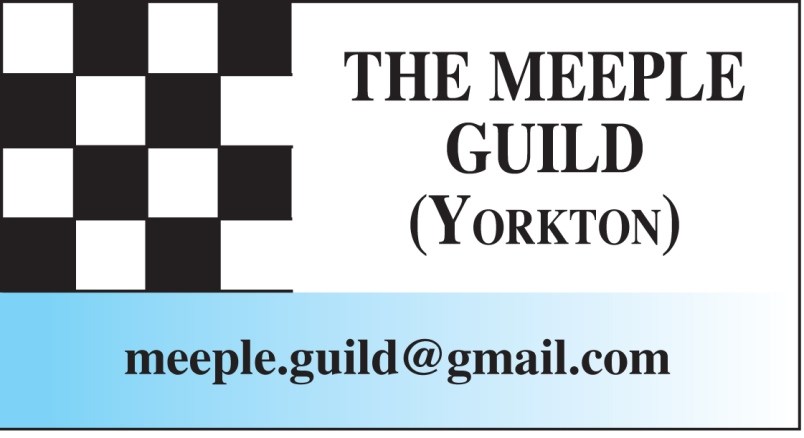 Last week started a look at the game of chess with Vlad Drkulec, President of the Chess Federation of Canada, which now continues.

For context, I asked if Drkulec played other games Othello, Go, Hive, etc. with a passion equal to chess?

"There is no other game that I play with a passion equal to chess," he replied. "I like other games but they don't excite the feelings that I have for chess."

So, there are thousands of games out there, only a handful have national and international organizations, why has chess been able to create and maintain organization's including CFC?

"Chess is something that you can get lost in and never fully understand unless you are Magnus Carlsen or perhaps an AI like AlphaZero," offered Drkulec. "Chess players can always strive to be a little better than they were yesterday by playing more or studying more or learning from their mistakes.

"Even in the games of beginners there are moments of beauty lying just under the surface. You only have to look for them and notice the opportunity to unleash that beauty on the world.

"Yesterday I was going over the games of one of my students who is all of six or seven years old and he had the opportunity to play one of the mating patterns that I had taught him against his father but didn't because he was playing a three minute game and didn't take the moment to think and recognize the pattern.

"To notice those hidden patterns is the mark of the first steps to chess mastery."

I then queried what has allowed the organization/game to remain active and vibrant?

"I think the players and the personalities that play the game," said Drkulec. "In the end the real opponent is yourself. Chess players love getting together and having fun together. At the tournament hall, you see players playing blitz chess or even one minute bullet chess between rounds. There are many larger than life players who are mostly intelligent and of good humour and fun to be around."

So, has the ability to play online enhanced opportunities for chess?

"It means that you can find a game any time you want," said Drkulec. "It helps people learn the game. It introduces people to the beauty of the game, but it also has its downside, the trolls, the cheaters, those who make false accusations of cheating.

"At some point this year I suspect that I will have more adult students than youngsters mainly because I am getting many enquiries from adults who never played organized chess beyond the online world but want to improve and become something stronger than they have the chance to be without some guidance."

While online allows play anytime, Drkulec said it lacks the personal interaction of being at the table with the opponent.

"Online chess is a bit of a shadow of tournament chess," he said. "It is not the same.

"There is nothing like the feeling of unleashing a combination on an opponent face to face and seeing his or her confidence crumble as too late they see that you understood the position a little better than they did.

"Online chess can be good practice for over the board chess but there are differences that take some getting used to."

Still the ability to play online would seem to enhance opportunities for chess.

"It gives us a bigger potential market of players," said Drkulec. "It lets us make friends from around the world. It is the only game in town during COVID.

"My biggest frustration with online chess is the cheating and false accusations of cheating. The latter bothers me more than anything else. It was really taking up a lot of my time when the COVID pandemic first hit.”

There are of course literally hundreds of chess variants, Omega and Plunder among my personal favourites, so I was curious what Drkulec’s position on variants, and whether any might one day become widely popular was?

"There is some opportunity but it is not my focus," he said. "I think Chess960, blitz, bullet and doubles (bughouse) are the major variants of chess that people get excited about."

But Drkulec doesn't focus much attention on the variants.

"I once earned the undying hate of the inventor of an obscure variant because I declined to get excited about his particular variant," he said. "An organizer only has so much energy to spread around. He hates me to this day though usually he sticks to sock puppets to attack me online."

Ultimately the health of a game can best be judged by the number of players playing it.

In terms of players, are numbers growing/staying level/declining in Canada in particular?

"Before COVID we were growing about eight to 10 per cent a year counting only paid memberships. (Children only have to become paid members when they start playing adult members or play in a national championship.) Our growth in children's chess is probably higher," said Drkulec.

"The reason that this is a trend is that there are many benefits to playing chess both for young and old players.  Chess probably staves off cognitive decline in older players and helps younger players learn discipline that can translate well into achievement at school.

"I tell the story of the Under 14 girls section from the 2013 Canadian Youth Chess Championship. Two girls from Windsor Erica and Rachel tied for second. They attended my advanced chess class on Friday nights. They are both attending the University of Waterloo studying engineering. A girl involved in the tie for fourth is also at the University of Waterloo Engineering as well and is a roommate of one of the two Windsor girls.

"The girl that finished first Qiyu Zhou became a world champion in the World Youth Chess Championship a year later. She has an Esports contract, makes chess videos for chess base, she is a women's grandmaster and regularly plays on the Canadian Women's Olympiad team. She also is a student at the University of Toronto who publishes scholarly articles on chess and is a good writer.

"Two other girls who tied for fourth - I believe Kristin and Ashley - are also students at the University of Toronto.

"Top Canadian girls/women have landed at Yale, Stanford, Carnegie Melon, and are applying to Harvard with good opportunities to be successful at these Ivy League schools.

"My students have not been the stereotypical nerds that people often associate with chess but rather the captain of the hockey team, the captain of the football team, a female soccer star, an all Canadian Karate Champion. They learn lessons from their chess experiences that help them excel in many areas of endeavour."