When it comes to miniature gaming, you can never have too many miniatures – truly it’s in the fine print when you sign on to be part of the mini gaming fraternity.
Oct 25, 2020 11:23 AM By: The Meeple Guild 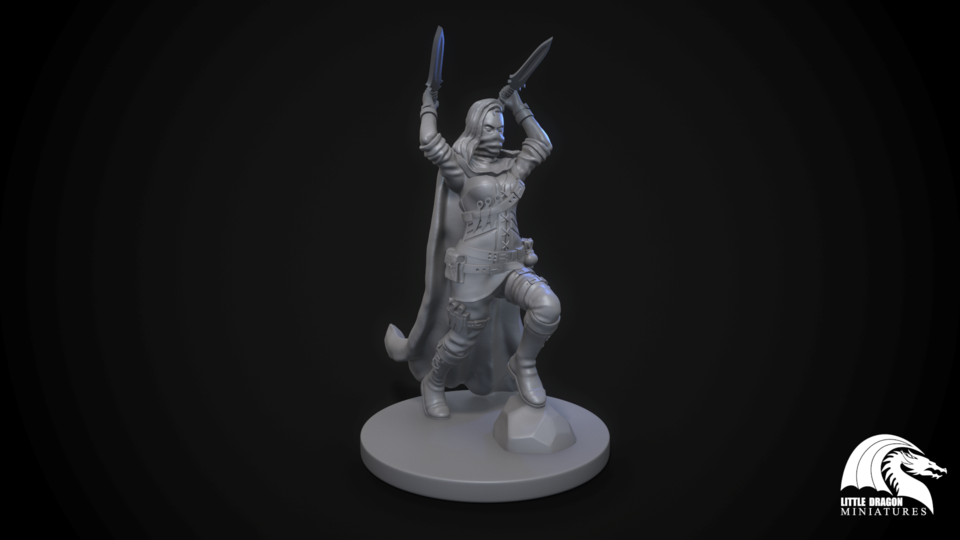 When it comes to miniature gaming, you can never have too many miniatures – truly it’s in the fine print when you sign on to be part of the mini gaming fraternity.

There is actually a rather reasonable reason for this; you can use minis in skirmish and wargames of a range of time era and fantasy settings, and of course when you are up for a night or three of role playing as well.

Minis however, have always been something of a gaming add-on that comes with a definite cost.

Fortunately technology is changing that somewhat these days. More and more we see miniatures being promoted through crowdfunding sites such as kickstarter.com where they are marketing printable files rather than actual minis.

On the upside, there is no shipping costs, no lost or missed bits when they arrive, and generally a lower upfront cost.

Of course the downside is that you must have a 3D printer and not all 3D printers are created equal so the quality of minis you end up may vary.

Still, it is an area of gaming that appears to be growing.

One of those efforts comes from Oslo, Norway based Little Dragon Miniatures, with its recent KS project.

“After nearly two months of hard work I am proud to present to you the Nomadic Caravan Project, which is a collection of wagons, tents, fire camp and various props for different characters that travel around a challenging world facing hardships,” detailed the crowdfunding campaign.

So what you have is a grouping of printable minis great for a fantasy or medieval mini skirmish, or RPG.

Still, I was curious what was the idea which led to offering the minis as print files on KS?

“The miniatures industry had been introduced to me a few years ago and I fell in love with miniatures quickly,” replied Reza Farhadi in an email.

“But the problem was it was expensive to produce the physical product. 3D printers eventually became quite popular and people started to make their own minis at lower prices. So the problem was solved and I felt that it was the right time to get involved in the industry.”

Farhadi said it took almost two months before he was ready to launch on Kickstarter.

So what was the most difficult aspect of design?

“The design of the vendor wagon was so time consuming and difficult because I needed to figure out how to design such a piece as to make it easy to print and get all the small pieces to assemble correctly,” said Farhadi.

As designer what are the favourite pieces in the collection?

“To be honest I love all of the pieces because whatever I am creating feels like a child to me. That is how I feel,” offered Farhadi.

More could be coming too.

“I have a few more projects which are related to the story of the characters from this project; like a backstory for the servant girl, where and how the zombie originated and so on,” said Farhadi.

“My future projects will be spin offs from these characters.”

The sculpts in the KS are certainly nice, so seeing more from Little Dragon Miniatures should be an asset to the game sector, so if you are into miniatures check them out on Facebook.