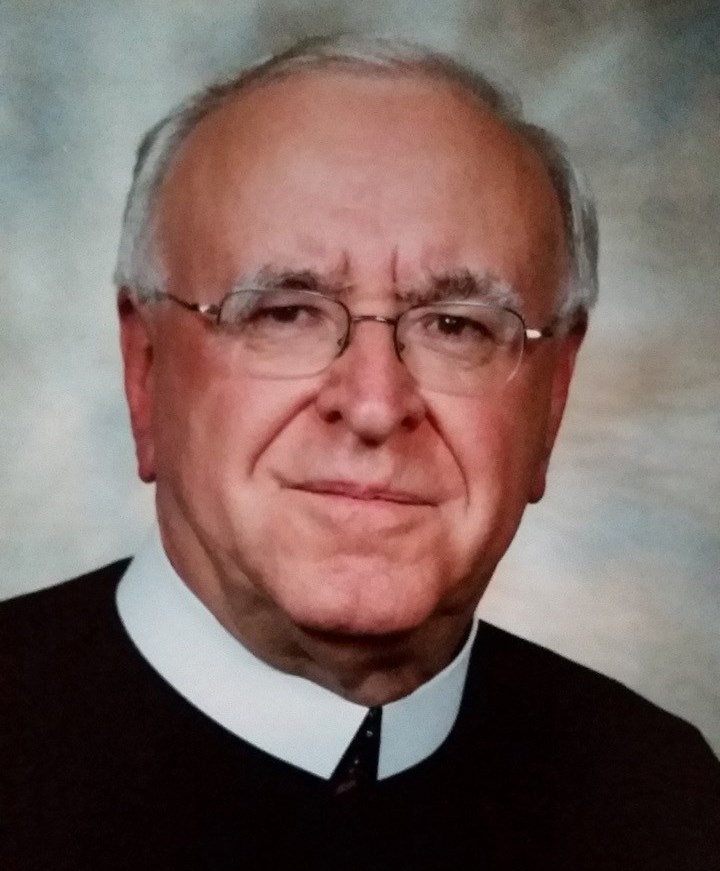 PIDSKALNY - Fr. Peter John Pidskalny, C.Ss.R. July 27, 1945 - October 15, 2017. Fr. Peter Pidskalny, C.Ss.R. peacefully reposed in the Lord on October 15, 2017 at St. Joseph's Home in Saskatoon after a brief but courageous battle with cancer. He is predeceased by his parents John and Mary Pidskalny and survived by his sisters, Sr. Anne Pidskalny, SSMI (Winnipeg, MB), Genevieve Morris (husband Allan, Portage la Prairie, MB), Jo-Anne Heuser (Calgary, AB) and brother, Fr. Joseph Pidskalny, OSBM (Vancouver, BC) and nieces, nephews and grandnieces. Fr. Peter was born in Ethelbert, MB on July 27, 1945. He graduated from St. Vladimir's College in Roblin, MB in June 1963 and entered the Redemptorist Novitiate in Meadowvale, ON. He professed his first vows as a Redemptorist on August 28, 1964. On May 14, 1972, Bishop Michael Rusnak, CSsR ordained him to the sub-diaconate at St. Mary's Church in Toronto. He was ordained deacon by Metropolitan Maxim Hermaniuk, CSsR at Ss. Vladimir & Olga Cathedral, Wpg on May 28, 1972. Later that summer, on August 19, Metropolitan Maxim ordained him to the priesthood at Ss. Peter & Paul Church in Ethelbert, MB. His first assignment was to St. Mary's Parish in Yorkton, SK (1972-73), where, besides being assistant pastor, he was also chaplain to the Eparchial U.C.Y., the Knights of Columbus and the Catholic Schools. In 1973 he was assigned assistant pastor to St. John's Parish in Newark, New Jersey. In preparation for a teaching career, he studied at the Faculty of Education at the University of Manitoba and the Faculty of Mathematics at the University of Saskatchewan. From 1975-96, he was professor at St. Vladimir's College in Roblin, MB where he taught Mathematics, Ukrainian, General Sciences and Computer Science. He had a love of mathematics and sciences and enjoyed sharing it with the students of St. Vladimir's. He had interests in many fields. His hobbies included photography, astronomy and ham radio. At St. Vladimir's College, from 1978-94 he was principal, Director from 1994-95 and Spiritual Director from 1995-96. During this time he took one year of sabbatical studies at St. Michael's College, Toronto School of Theology (1981-82). For 12 years he served the parishes of Benito and Swan River and for 8 years the parishes of Russell and Petlura. Fr. Peter was the associate pastor of the Wynyard Pastoral District from August 1996 to July 1999 and pastor from August 1999 to July 2002.  From August 2002 until July 2005 he was the pastor of the Ituna Pastoral District and Local Superior for the Wynyard-Ituna District. On August 1, 2005 he became pastor of Ss. Peter and Paul Ukrainian Catholic Church in Saskatoon. In August 2008, he was assigned as Superior-Pastor of Yorkton and District and from 2015 he served as Superior-Pastor for Ituna and District until the time of his illness. Since 2008, Fr. Peter served on the Redemptorist Provincial Council with 2 terms as Vicar. Funeral Prayers will be offered in Saskatoon at Ss. Peter & Paul Ukrainian Catholic Church, 1202 11th Street East at 7:00 p.m. on Sunday, October 22. A Priestly Parastas will be prayed at Sacred Heart Ukrainian Catholic Church in Ituna at 7:00 p.m. on Monday, October 23. On Wednesday, October 25 at 10:00 a.m. the Divine Liturgy will be celebrated at St. Joseph's Ukrainian Catholic Church, 250 Jefferson Ave, Winnipeg, MB. Interment will be in Holy Family Cemetery, Winnipeg. Memorial donations can be made to: Sisters of St. Joseph (for orphans in Ukraine), 33 Valens Dr., Saskatoon, SK S7l 3S2, Blessed Velychkovsky Martyr's Shrine, 250 Jefferson Ave., Winnipeg R2V 0M6, Lobov SSMI Foundation (for orphans in Ukraine), 1085 Main St., Winnipeg R2W 1T9. To share memories and condolences, visit parkfuneral.ca "Obituaries-Guestbook". Arrangements entrusted to Greg Lalach, Park Funeral Home, Saskatoon 306.244.2103 and Joe Coffey, Korban Funeral Chapel, Winnipeg 204.956.2193.