HUMBOLDT, ARMLEY — The City of Humboldt is working with DCG Philanthropic to take care of the fundraising for the new Humboldt Broncos tribute facility as well as the roadside memorial at the Highway 35-335 intersection.
Apr 14, 2021 3:49 PM By: Jessica R. Durling 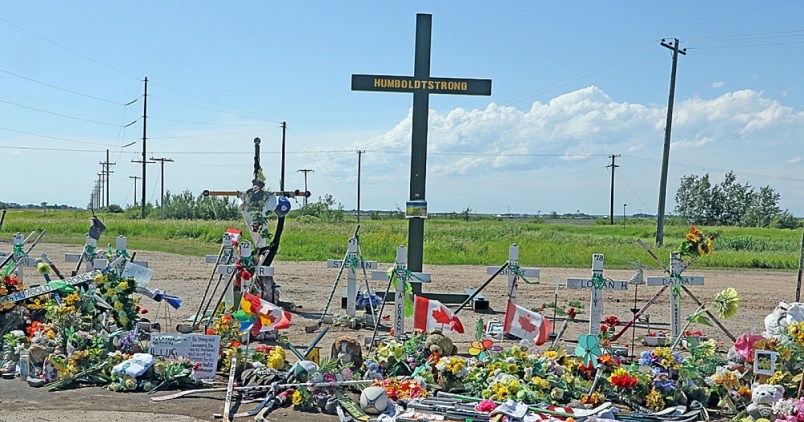 HUMBOLDT, ARMLEY — The City of Humboldt is working with DCG Philanthropic to take care of the fundraising for the new Humboldt Broncos tribute facility as well as the roadside memorial at the Highway 35-335 intersection.

Councillor Rob Muench, Humboldt’s deputy mayor, said their first priority will be building the roadside memorial, which the families of the victims are taking the lead on.

“That will go on hopefully ahead of the project in Humboldt. That seems to be the priority with the parents and it is with us as well,” he said. “That site has sort of evolved and materialized on its own and we want to make sure there’s something more permanent in place there.”

The city estimates that both projects will take more than a year to gather the funds necessary to start a build.

Muench said that when the tragedy first occurred, there was a huge outpouring of support which included offers for financial help for a memorial from a number of corporations and philanthropic individuals.

DCG Philanthropic is hired to reconnect with those entities now that the tribute facility plan has been established.

“Those offers weren’t just for memorials, there were a number of them that were [saying], ‘What can we do for Humboldt? What does Humboldt need or what can we donate for the community?’” Muench said.

“We’ve had pledges from a lot of people, but it’s three years ago too, so we have to make sure they’re still on board and we’re prepared to adjust our goals and plans accordingly.”

The amount of financial support DCG Philanthropic is able to collect will influence the build.

Early estimates place the cost of the facility in the $25 million range.

The city currently has about $800,000 to put towards the tribute facility saved from Humboldt’s portion of the Humboldt Strong Community Foundation.

“So it may or may not contain an ice surface and all the other things in there, but the priority is the tribute centre and there are other things that hopefully will fall [into place],” he said.

“The whole point behind the ice surface and the training facility is to have something that isn’t just useful or helpful to our community but to the hockey world out there.”

Muench said that the city hasn’t planned on organizing any fundraising events or initiatives.

“We’re just going to play it on ear, we wanted to start moving forward on this,” he said. “We haven’t gone down that road yet and we’re hoping we don’t have to.”