The Saskatchewan Public Safety Agency highlighted five wildfires as being threats to communities. Steve Roberts, vice-president of operations for the agency, provided an update to media on July 15. He said there were 129 active fires.
Jul 15, 2021 12:15 PM By: Devan C. Tasa 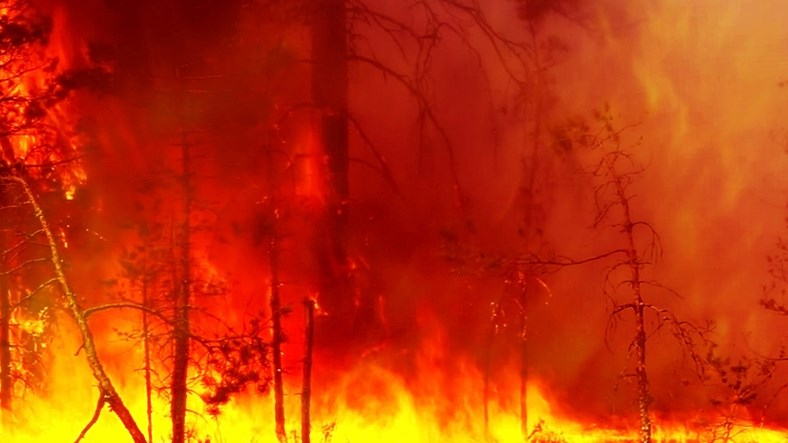 As of July 15, there are there were 129 active fires in the province, making it a total of 367 wildfires to date. That number is over 150 fires more than the province's five year average. Photo by Maestrovideo/Getty Images

The Saskatchewan Public Safety Agency highlighted five wildfires as being threats to communities.

Steve Roberts, vice-president of operations for the agency, provided an update to media on July 15. He said there were 129 active fires.

“The province will continue to see hot dry weather conditions for a number of days into next week. We may get some precipitation from storm activity and in those locations, we likely will see some lightning,” he said.

“From a fire perspective, we will likely only see significant relief in the far, far north where the temperatures are going to come down and we'll have more cloudy conditions in those areas.”

The Lock fire, impacting the Dillon, Michel Village and St. George’s Hill communities, is at 23,300 hectares.

Joan Hrycuk, the agency’s director of emergency and crisis support, said many of those evacuated have been moved to North Battleford

“Currently there are 58 people being provided accommodations, food and other necessities in North Battleford,” she added, adding that some community members are also being housed in Lloydminster.

One fire, the Torwalt fire, had made some movement towards the McClean Lake uranium mine site, but Roberts said currently that site is secure.

“In addition to the impacts those fires are having on our northern communities. We have fires in close proximity of Highway 2 North, Highway 102, Highway 106, Highway 155 and Highway 904,” Robert said, adding updates can be found on the Highways Hotline.

As for any additional evacuation orders, Roberts said that is a call of local community leadership, adding the agency is keeping local leaders apprised of those specific cases so that they can make informed decisions.

Roberts said the Public Safety Agency is managing its resources to deal with new fires that pop up.

“Even though we have deployed crews to some of these larger fires, we have a contingent of staff and helicopters available to initiate action on some of these new fires when they start and when they're small.”

The vice-president of operations said when it comes to bringing in firefighters from outside the province, they are assessing their needs.

“We have already secured a number of local firefighters, type three qualified firefighters, that have been put to work on some of these fires, mostly in their local areas of hire,” Roberts said. “We have made some inquiries about availability in Canada, but at this time, we have not activated any import of crews into the province.”