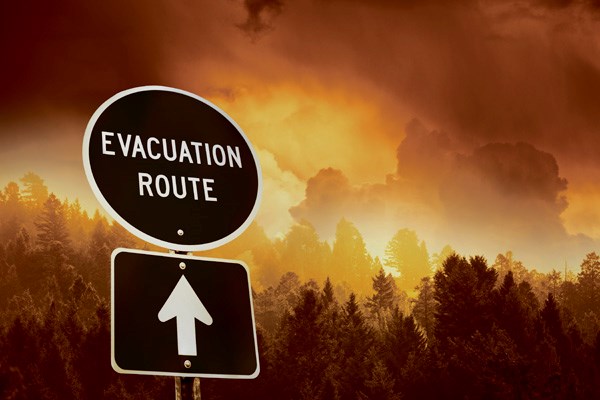 The wildfire situation in northern Saskatchewan continues to be a concern, with some fires prompting evacuations in areas of the province.

At a conference call of reporters Monday morning, Steve Roberts of the Saskatchewan Public Safety Agency reported there were 91 active fires in the province, for a total of 312 fires this year. That is more than 100 fires above the five year average.

As of Tuesday at 11:30 a.m. that number had expanded to 103 active fires. Twenty-five of those were not contained and five were contained. Eighteen were classified as “protecting property,” while 55 are under ongoing assessment.

A number of those fires are posing concerns for communities, said Roberts. One is the Lock fire in the western part of the province, impacting the communities of Dillon, Michel Village and St. George’s Hill.

Multiple fires are reported in proximity to the community of Southend, resulting in evacuations there.

There are also a number of fires in the proximity of the northern corridor of Highway 102 between La Ronge and Wollaston Lake. Those are being monitored to try to ensure no disruption of road traffic. The Lynx fire is among those impacting Highway 102.

According to their latest update Tuesday, the size of the Lock fire had expanded to 20,808.7 hectares, the Stallard fire to 2,264 hectares, and the Lynx fire to 565 hectares.

The provincial fire ban remains in effect. Roberts says the lower two-thirds of the province continues to see low levels of precipitation, but there is lightning which is causing the fire starts.

A total of 31 people from the Dillon area have been evacuated to North Battleford as of Monday because of the Lock fire.

According to Joan Hrycyk, director of Emergency, Crisis Support with the Saskatchewan Public Safety Agency, they are working with the communities and with Meadow Lake Tribal Council to provide emergency accommodation, food and other necessities.

The Dillon evacuees in North Battleford are all staying at one location, and Hrycyk said they are being provided “shelter, food, support services, we have health on site daily to make sure everybody is being cared for and all their needs are being met there at that location.” The name of the location has not been released by officials at this time.

On another note, pets of the evacuees are being well cared for. Hrycyk confirms there are evacuees who have brought their pets, and they are making accommodations for their pets to be on site with them.

The Battlefords Humane Society has stated on Facebook that it has been asked to help with pets coming in with their families from Dillon. They stated on Facebook they will be providing a “safe haven” for these animals until they return home. As well, they have issued a call for foster homes and any other donations, as they are hoping to do this without charging a fee to families.

In addition to North Battleford, evacuees are being supported in Lloydminster. The Public Safety Agency has also co-ordinated buses to Southend to help with evacuations there.

One concern is whether the high temperatures expected this week could bring more fires and put pressure on the resources available to fight the fires. A number of heat advisories were issued as of Wednesday morning impacting both Southern and Northern Saskatchewan, with daytime temperatures ranging from 29 to 39 C in the northern portion.

Roberts said Monday that the SPSA is managing the fires with internal resources. He did acknowledge that resources across Canada are currently stretched, including resources they may obtain from the United States, due to active wildfires in British Columbia, Idaho and Ontario.

“We have no current plans to bring in resources, we are managing the fires with our internal crews, resources and equipment.”

Right now, said Roberts, the Public Safety Agency is “prepared and equipped to help any community that needs to evacuate.” That includes helping local communities or tribal councils that have been managing the evacuation.

Depending on fire behaviour, Roberts said, the evacuations are a local leadership decision and it is up to those officials to determine if it is a partial or full evacuation.