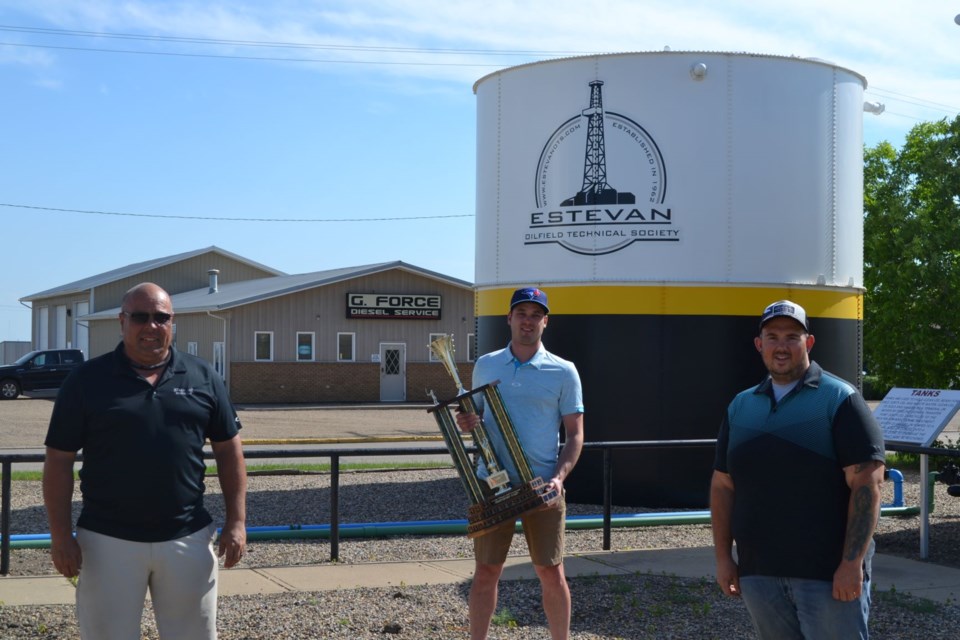 Ash Domes, who was the chairperson of the golf event committee, said they had a great turnout with 290 golfers. The weather co-operated, the sponsors were supportive and the golf course was great to work with.

A few more golfers were entered on the first day than the second.

For this year’s tournament, the entrants played 18 holes on either the Friday or the Saturday, and the person with the lowest score was the winner. Payden Benning fired a 1-under-par 71 to take top spot.

He finished tied for first with Austin Orsted. Benning was declared the winner because he had the lower score on the back nine; Benning finished with a 34 over the final nine holes, while Orsted shot a 36.

Drew Fenwick came in third with a 72.

Domes said they had no problem in getting everyone to complete their round each day.

“Everyone finished it off in good time. We got everyone set in place. Everything went smooth, mostly due to the golf course,” said Domes.

The Oilmen’s is known for its strong social element, and this year was no different, despite the pandemic. A supper could still be served in the clubhouse for the golfers once they finished their round.

“The feeling was a lot of people were good to get out and interact with people they haven’t seen at a platform or an event where they haven’t been able to be in a group setting for a long time,” said Domes.

The golf course was in excellent shape for the weekend, Domes said, especially when one considers that the southeast hasn’t received much moisture this spring, outside of during the Victoria Day long weekend.

Everyone followed the rules that were set out by public health, and everything went well, Domes said.