Renovations continue at the Estevan Market Mall and more exciting changes are coming.
Jul 21, 2021 5:56 AM By: Anastasiia Bykhovskaia 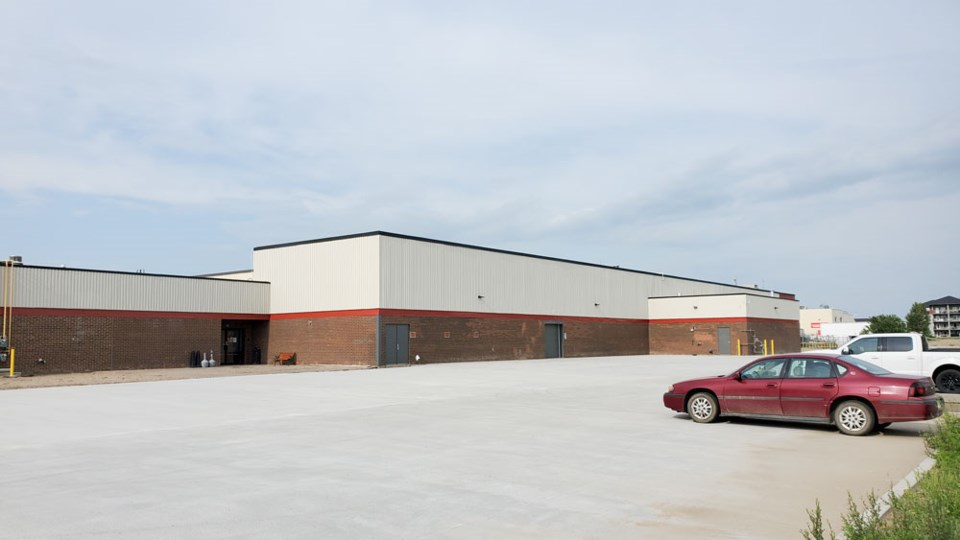 The south entrance to the Estevan Market Mall will have the infrastructure for people to enter, as well as park, and will open in a few weeks.

Renovations continue at the Estevan Market Mall and more exciting changes are coming.

The concrete has already been put in on the south side of the building, with a proper water storm system in place for longevity, and in a few weeks the mall will see the opening of the south entrance, thus becoming 360 degrees accessible.

"No one's ever arrived at the mall from the south side. It's always been deliveries (and stuff like that). And all of a sudden now it's going to be, 'Oh, it's an easier approach.' So I'm really interested to see the power of that. By opening that up, are we now releasing sort of a bit of a pent-up (demand), people wanted to come that way? And now they can and they are," shared Blair.

The parking lot on the south side is almost completed. The new lighting has been already put in place around the building and most of the infrastructural work has been done. Now they will paint the lines, put some signage up, build the access from Heritage Drive and the entrance will open to the public.

There will also be a nice surprise for bicycle adepts coming with the opening of the south side of the Estevan Market Mall.

"One of the themes that we have for the mall to go with things like market was the bicycle. So our emblems and everything incorporates a bike wheel. So when you see the new south side entrance sign that's going to go up, it'll be a bike wheel," Blair said. "And what we're doing is installing a bike repair station here. That's going to be installed this year. It will be there for the community use."

While the new mall owners continue with their big projects for the building, they had some changes in their plans this year as they diverted funds to completely rebuild the roof over Sobey's.

Continuing east to west, they are now going to focus on the storefronts, gradually changing and modernizing the look of the entire mall. The beautification of the north parking lot is also in progress. More permanent planters are to be put in and some of the areas will be repaved. These efforts will also help improve safety around the mall, as planters will separate the sidewalk along the mall from the driving portion of the area.

The next major and long-awaited change will come this winter when the main entrance and adjacent areas will be rebuilt. The entrance will be redone in glass, and the food court will open to the east of it. The bathrooms on the two sides of the mall will be substituted with centrally located modern ones.

"Over the winter, all this will start to be gutted and removed," said Blair pointing at the area where Money Mart used to be at the mall. "And this wall will become glass and the new entrance will be all glass."

He added that for the company the food court part of the project is a milestone.

"We're not aggressively doing any kind of marketing because we've got so many things to do. The trigger will really be when we commence that project, it will probably be a good six months' worth of work. We'll go aggressively once we start because we'll have to shut down that entrance … We're going to have at least three food operators, maybe four. And that's going to be when we start to say 'Okay, now we're into the new mode. We're attracting people, we've changed our way of operating, and we can accommodate a bunch of different activities," Blair said.

The Estevan Market Mall also signed an agreement with Tesla to have a full capacity supercharger station put in on the south side of the building.

"Tesla chose Estevan as a part of the main charge on route to the U.S.," said Blair.

He added that another criterion for Tesla was the close proximity of the mall, as it takes about 20 minutes to charge an electric car on a supercharger, and they want their clients to have an option to do something during that time.

First Aberdeen also owns the land behind Canadian Tire, and they are looking forward to communicating with the City of Estevan about the potential development of that lot.

"We're going to work to see if we can bring in some sort of further residential use for it," Blair said. "I'm going to sit down with the city planners and probably economic development. And we'll just sort of say, 'Hey, we got the land. Tell us what you'd like us to do with it.'"

And while not a lot of changes are currently noticeable to the public, a lot of has been happening inside the mall that will allow for a total makeover.