The Saskatchewan Roughriders have recognized an Estevan man as one of their SaskTel Everyday Heroes. The Riders announced on Sept. 8 that they were saluting Kevin Sutter for Sutter’s efforts to go above and beyond.
Sep 16, 2020 12:59 AM By: David Willberg 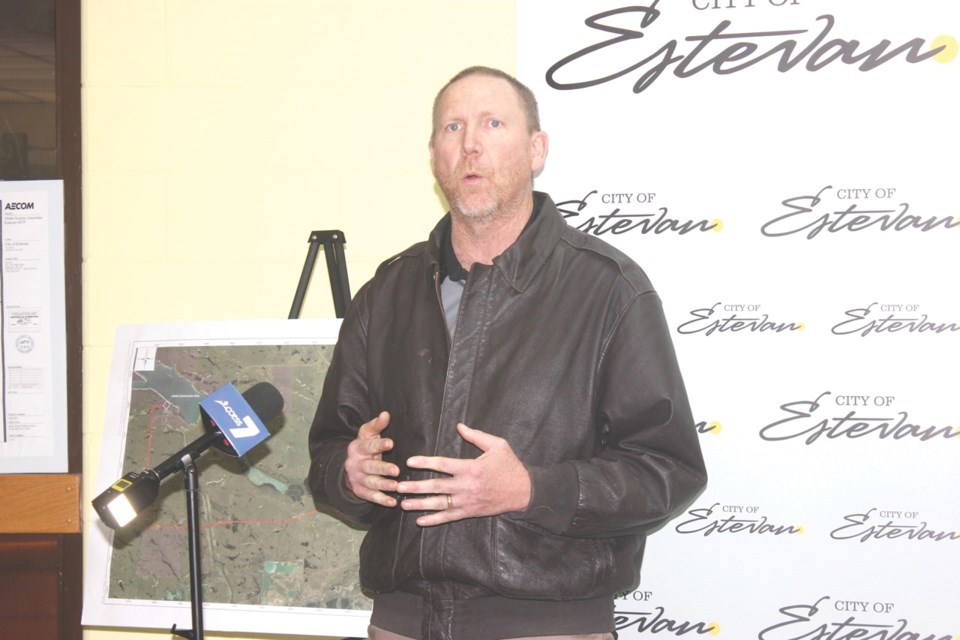 Kevin Sutter was recently saluted as an Everyday Hero by the Saskatchewan Roughriders. File photo

The Saskatchewan Roughriders have recognized an Estevan man as one of their SaskTel Everyday Heroes.

The Riders announced on Sept. 8 that they were saluting Kevin Sutter for Sutter’s efforts to go above and beyond. Sutter has been travelling through Alberta and Saskatchewan during the COVID-19 pandemic to ensure that everyone has safe drinking water, and that water and wastewater plants are running.

“He has had to live for weeks away from his family to make this happen. Kevin has been living in hotels and doing his best to ensure he is social distanced from everyone to ensure coverage is maintained to the plants,” the Riders said in a Facebook post.

As an Everyday Hero, Sutter received some gift cards. People have been offering their congratulations in the past week.

Sutter, who was nominated by his wife Shari, retired from his job as the manager of the City of Estevan’s water division in 2017, following a lengthy career with the city. He has been helping other communities since retiring.

“Whenever a community finds themselves without a certified operator (I’ll go there), and also I’ve been doing some training,” he told the Mercury. “If a community needs their staff trained – ATap (Infrastructure Management Ltd.) is a company I’m contracted with, and they do municipal training, and also help out as a resource for communities that find themselves short-staffed. For temporary positions, I’ve been going in and helping out whoever needs it.”

That work continued during the pandemic, but his workload and time away from home increased the past six months. When in communities, he has had to adapt to COVID protocols. For example, when away from home, rather than staying in a basic hotel room, he had to find something with a kitchenette to prepare his own food.

“A lot of communities were building their secondary plans in case the COVID pandemic hit the operators of that community, and they wanted some redundancy in their operational staff, so I was making myself available so that if someone got sick, I could come in and help out that community. I did that for a few communities,” he said.

Sutter worked for the City of Wetaskawin in Alberta, and while he was there, some of the communities needed a secondary resource, so he was put on a list. The Province of Alberta recognized his certificates for water and wastewater in Saskatchewan, so that he could operate at plants.

His last job was with a potash mine in Saskatchewan for about three months. Their water and wastewater operators were coming in from outside the province via helicopter. They needed emergency staffing for the plant, so Sutter took the contract to help them out until they found a permanent employee who didn’t have to be flown in.

“I was away from home quite a bit this summer,” said Sutter. “So my wife thought it was prudent to nominate me for the award, and between SaskTel and the Riders, they chose my nomination and gave me the award. And I’m thankful.”

Sutter is now waiting to see if there are other communities that need help. If there aren’t, he’ll get to enjoy his retirement again. At the very least, he’ll continue to work with ATap, who provides training throughout Western Canada.

He believes there are a lot of people who are worthy of the Everyday Heroes accolade, so he was surprised when he found out he would be recognized.

“I believe there are a lot more people out there more deserving of recognition who are doing a lot more work than I am, but I will take the recognition and be grateful for it.”

Nomination forms are still available, so he hopes other people will be recognized through Everyday Heroes.