The leader of a new provincial political party was in Estevan on Saturday to chat with local residents and to tout the party’s ideals.
Sep 16, 2020 12:41 AM By: SaskToday 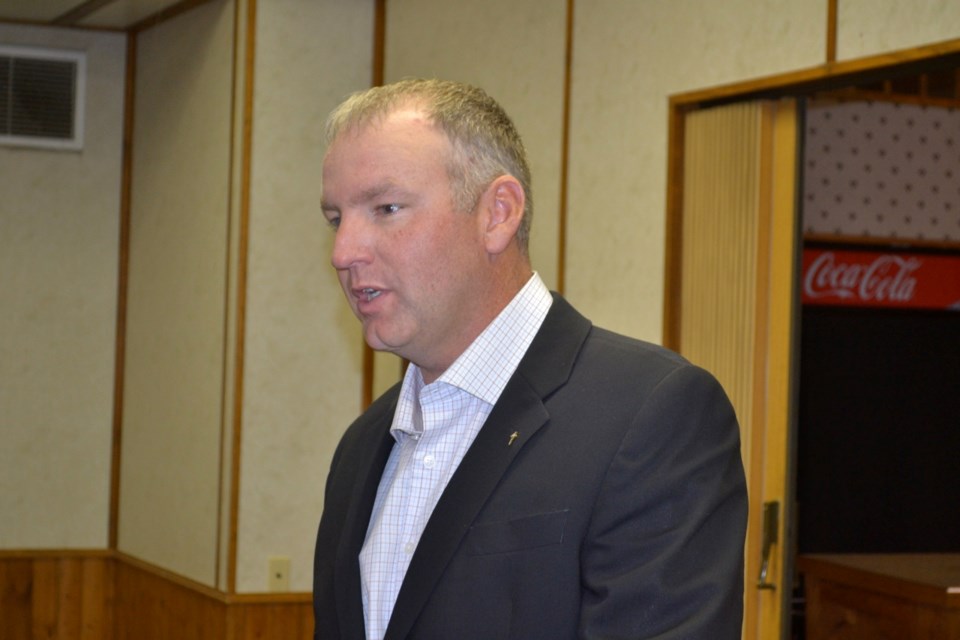 Buffalo Party of Saskatchewan Leader Wade Sira was in Estevan on Saturday.

The leader of a new provincial political party was in Estevan on Saturday to chat with local residents and to tout the party’s ideals.

Wade Sira talked about the Buffalo Party of Saskatchewan (formerly WExit (or Western Exit Saskatchewan) and the vision it has for the province. In addition to a pair of meet and greets at the Days Inn, he and local candidate Phil Zajac were at the Peaceful Freedom Rally organized by several local residents at Torgeson Park.

“We want to meet the people and give them more awareness of what we’re trying to do as a party,” said Sira, who was elected as the party’s leader in late July, replacing Jake Wall.

Since he became leader, Sira has been trying to prepare the party for the upcoming provincial election. The work they’re trying to do would take two or three years, but they want to do it in two or three months.

“We’re trying to make sure we get everything set up with validity,” he said. “We’ve been doing a few other meet and greets across the province to try to bring more awareness.”

The party had six candidates, including Zajac, for the Oct. 26 provincial election, and have more in the vetting process. With the short time frame, they hope to have 12-16 candidates for this election.

“As a start-up party, the funds aren’t there as well, so for us to run a full slate of 61 candidates, financially, is going to be inconceivable, so if we’re going to do this, we want to make sure we do this with validity and go after the constituencies that are constituencies we feel we can win,” he said.

He hopes to have MLAs in the legislature after the election.

Until they can have a convention, Sira said they’re going to have a baseline policy and platform that members can discuss and vote on. But they didn’t want to miss this opportunity to provide people with an alternative to the governing Saskatchewan Party and the opposition New Democratic Party.

“COVID has changed everything, so our ability to function as what most parties would function as has been taken away from us,” said Sira.

The party’s platform will focus on how the party was formed as WExit in an effort to get a better deal for Saskatchewan. This province needs to have more power than what is there at this time.

Saskatchewan has a wealth of resources that are the envy of the rest of Canada and the rest of the world, so it’s vital to produce raw materials into milled goods, he said.

The party also calls for a vote among Saskatchewan people to separate from Canada.

He believes Estevan is a constituency that the party can win, even though the Saskatchewan Party has held it since 1999. Sira is impressed that Zajac has past experience as a candidate and knowledge of politics.

“He stands for a lot of the things that we stand for here as Buffalo,” said Sira.

Sira also supports the continued investment into carbon capture and storage technology at Boundary Dam and the Shand Power Station. A semi-truck driver, he has delivered loads to both, and has been to the local coal mines.

“There’s no reason why that we invest those billions of dollars into carbon capture and then we decide a few years after it’s been going … and it’s working, so why do we want to shut down our industries in our province and our country, while other countries are putting more and more coal power up? We can lead them.”

Sira noted that when Premier Scott Moe was the environment minister, he said Saskatchewan should be leaders in carbon capture and storage.