Organizers are looking forward to the 23rd annual Alameda Fishing Derby on June 29 at Grant Devine Lake (formerly Alameda Dam). Registration will begin at 6 a.m.
Jun 21, 2019 3:25 AM By: SaskToday 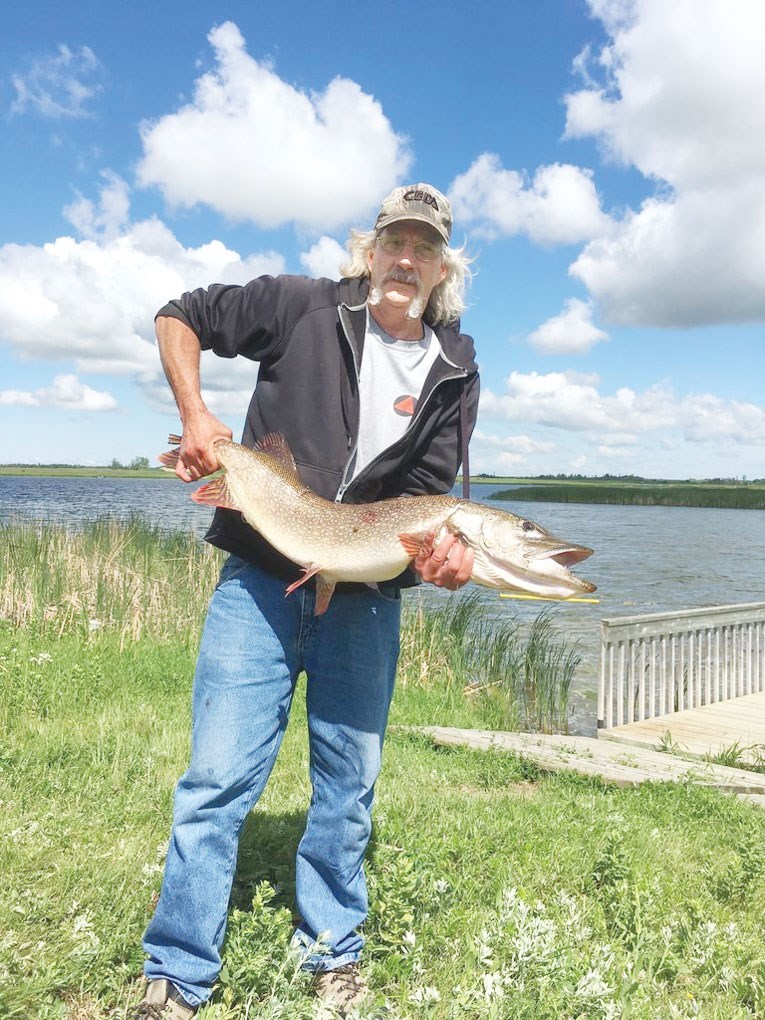 Registration will begin at 6 a.m. near the boat launch, and breakfast will be available at Trent’s Place on-site near the registration trailer.

Registration fees are $75 for adults and $25 for youths.

The derby starts at 8 a.m. Participants will be looking for northern pike in the catch and release tournament.

“This day is geared towards a family event,” states a write-up for the derby. “But all serious anglers are welcome and have a chance to land the top prize of $2,000 for the largest northern pike.”

Eight monetary prizes will be handed out in the adult division and six will be presented in the youth category.

Committee member Sylvia Gibson said the derby typically attracts about 300 registrations. They get a lot of last-second entrants and walk-ups, so it’s important to have a good day weather-wise.

“If the sun is shining and the wind isn’t blowing 90 miles an hour, it brings out a lot more people, especially older people with grandkids and stuff like that,” said Gibson. “They can bring the kids and they’re going to enjoy themselves.”

People enter as individuals, and each person can weigh up to three fish for the day. But Gibson said you’ll have multiple entrants in some boats, and so there could be more than three fish kept on a boat during the day.

“You don’t have to be in a boat, either,” she said. “We’ll have people just fish from the rocks.”

A couple of families last year came down during the noon hour and registered. They fished for the afternoon off the rocks.

Another component of the derby is the longest northern pike prize. It costs $5 to enter and there is a 50-50 payout.

It’s a catch and release derby, with the care and well-being of each fish caught taking precedence. All fish are weighed on a commercial digital scale by weigh master Darren McNabb.

The registration fee includes a barbecue beef supper at the Allameda Community Rink. Supper tickets are available for non-anglers as well. The Oxbow Lions Club is tasked with preparing the beef, and the Alameda Skating Club looks after setup and cleanup.

Door prizes and prizes for the derby will be handed out.

The derby traditionally raises about $25,000 for the Alameda Community Rink.

“It’s pretty much our biggest fundraiser,” said Gibson. “They have different things throughout the year, but it’s usually the biggest one.”

New cement has been poured at the rink, and artificial lines are beneath the cement, which kept the ice surface dry last year.

“Lots of years, it wasn’t dried out good enough,” said Gibson. “It’s really nice when we’re inside the rink for the supper and for the presentations and all that kind of thing.”