Cardinals season is back to full swing

As summer takes its hold over the Prairies and COVID restrictions start to loosen their grip over the region, the height of summer activities slowly start to begin.
Jun 11, 2021 5:50 AM By: Jessica R Ryan 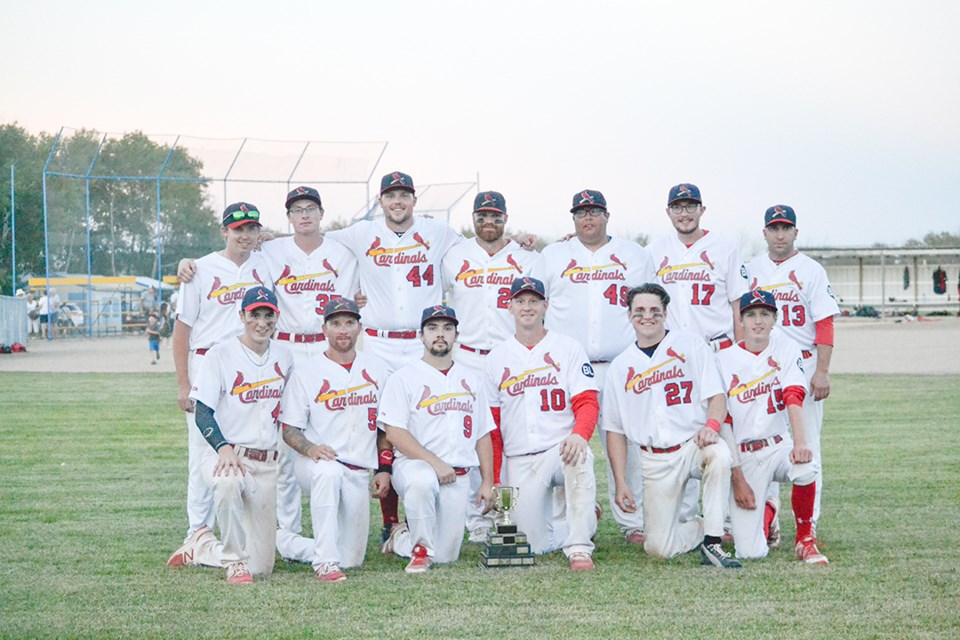 As summer takes its hold over the Prairies and COVID restrictions start to loosen their grip over the region, the height of summer activities slowly start to begin. This sentiment extends to local sports such as the Carlyle Cardinals senior ball team of the Saskota Baseball League.

Their first game will be held at the Lions Park on June 15. The team, who won the league in 2020, will play 10 games throughout the season. The annual year-end Harbourne Memorial Tournament will be played on the Saskatchewan Day long weekend.

COVID left baseball somewhat unchanged last year. The season was reduced and some games had to be played differently.

“The playoffs were different, we had to do series’ because tournaments weren't allowed.” Said Brent Mclean, a leading member of the Cardinals.

“Well nothing so far because we haven't played yet, but it definitely delayed the season; normally we would have started a month sooner.” recalls Mclean when asked how COVID and related restrictions have affected the team.

“We’d love to see fans come out. Our full schedule is available on the websit,” said Mclean.

The team consists of about 15 players who are ready and excited for the season to begin. The Cardinals are ready to get out on the field and play some ball for the community.

The team is also open to welcoming new players. If one is interested in playing with the Cardinals they can simply get in contact with one of the members and come out to practice.

With outdoor sports and other summer outdoor activities being able to return to a new sense of somewhat normal, it can be taken as a sign that soon things may resemble what they once were.

The Cardinals are in the North Division this season, along with the Kipling Royals and the Kenosee Cubs.

The Estevan Tap House Wolves, who lost to the Cardinals in last year’s league final, will be in the west division, along with another Estevan team, the Southeast Diamondbacks, and the Arcola Threshers.

The East Division has the Oxbow Chiefs, the Carnduff Astros and the Redvers A’s.

Teams will play a home and home against the other teams from their division, and then play the other six teams one time each.