Baseball was back in full swing Tuesday night as the host Carlyle Cardinals faced off against the Southeast Diamondbacks in the season-opening game of the Saskota Baseball League at Lions Park.
Jun 18, 2021 6:20 AM By: Emily Klatt 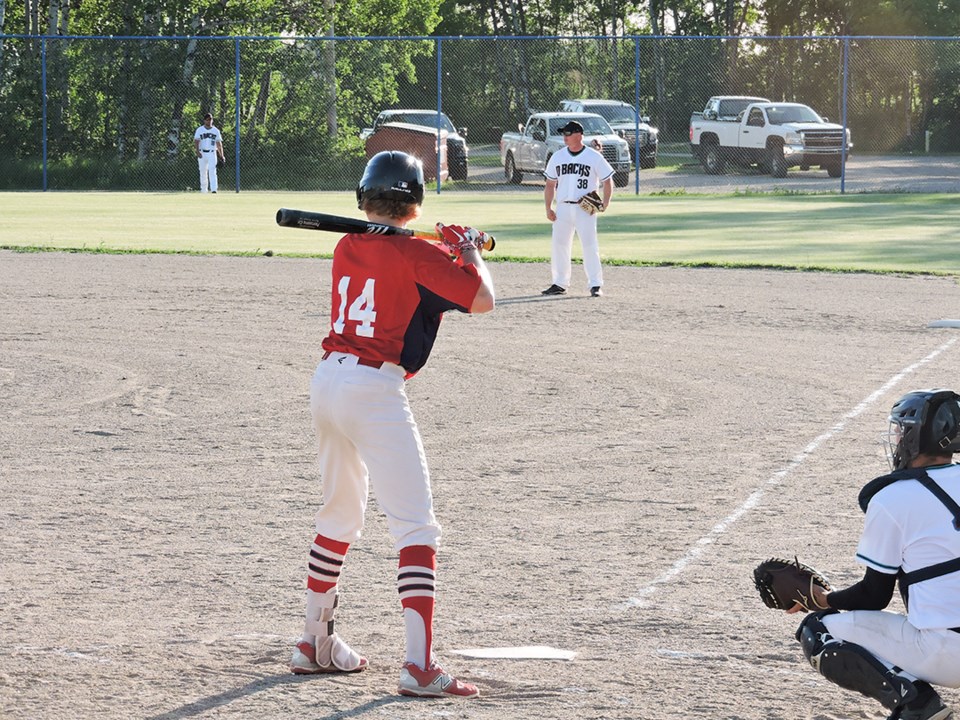 Baseball was back in full swing Tuesday night as the host Carlyle Cardinals faced off against the Southeast Diamondbacks in the season-opening game of the Saskota Baseball League at Lions Park.

An impressive performance from the Cardinals, who are the reigning league champions, led the team to their first victory of the 2021 baseball season, defeating the Southeast Diamondbacks 21-5 over the course of a six-inning game.

Cardinals fans young and old were all too happy to come out and support the home team after a nine-month offseason. Cars lined the perimeter of the baseball field and few empty seats could be found in the bleachers at Lions Park.

One thing was clear: baseball was back in Carlyle.

Lyle Baskin has been coming to watch the Cardinals play for more than 30 years.

“It's great. It's nice to have ball back again,” said Baskin.

During the game, Baskin wove through the crowd collecting money for a 50/50 draw in support of the brand-new digital scoreboard recently donated by the Carlyle Lions Club. Many people expressed how impressed they were with the scoreboard, noting that the display could be seen clearly even from the opposite end of the baseball field.

“The Cardinals are the best team in all of Carlyle and all of Canada,” said 11-year-old Lennox McNaughton, whose stepdad plays for the Cardinals.

Long-time baseball fan Alice Savill watched the game from the comfort of her car; windows rolled down to enjoy beautiful June weather.

“Oh, I love baseball,” Savill said. “It feels wonderful to be outside, doesn't it? It's so nice out here. What a beautiful park.”

If Tuesday night’s game is any indication, the Carlyle Cardinals are well on their way to a successful 2021 baseball season. For Cardinals fans, however, their love of baseball is not about winning and losing — it’s about how you play the game.

The Cardinals were scheduled to their first week back with a game against the Kenosee Cubs on Thursday. (Results were not available at press time).

The Cardinals play their next game on Tuesday in Carnduff against the Astros. The game will start at 6:30 p.m. More information about upcoming games can be found on the Saskota Baseball League website.