Golfer of the Week: Jacky Lothian

What began as an ordinary round of golf ended in a major milestone for local golfer Jacky Lothian when she shot her very first hole in one earlier this month. Lothian made the extraordinary shot at hole No.
Jun 11, 2021 5:45 AM By: Emily Klatt 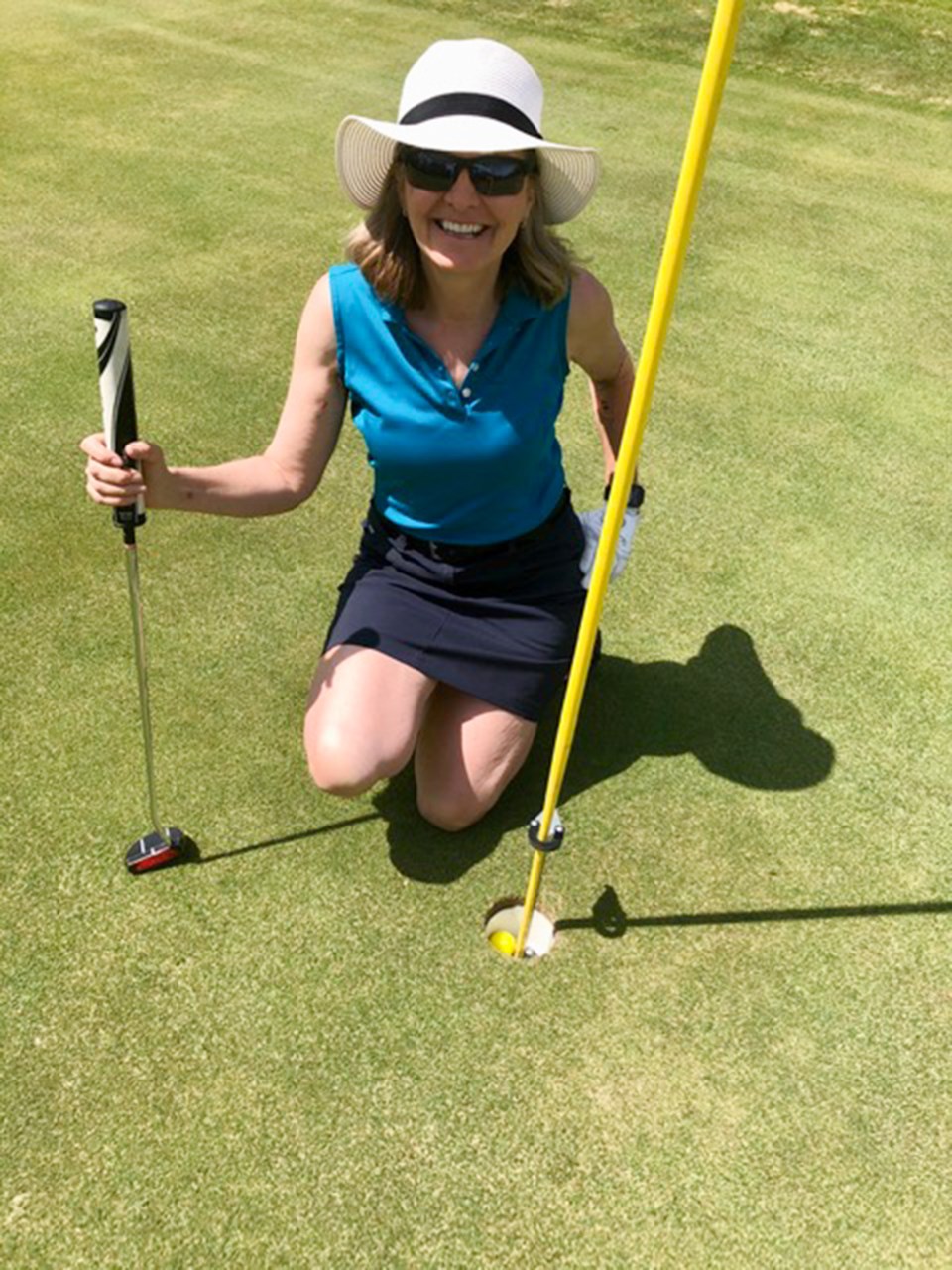 What began as an ordinary round of golf ended in a major milestone for local golfer Jacky Lothian when she shot her very first hole in one earlier this month.

Lothian made the extraordinary shot at hole No. 16 of the White Bear Golf Course while attending Ladies Morning there on June 2. She described being in “disbelief” when friends first suggested she had gotten a hole in one.

“My one teammate right away said ‘I think it's going in straight at (the hole)’ and I'm like, yeah, right. You know, until we got up there (and) we didn't see it anywhere,” Lothian said. “Then my friends told me … (to) go look in the hole and yep, sure enough, there it was.”

“(It feels) awesome, fabulous,” Lothian said of her achievement.

Part of her excitement comes from knowing just how uncommon it is to score a hole in one during one’s golfing career.

“I know how rare they are so I feel very fortunate.”

While the first time Lothian swung a golf club was 37 years ago, she said it’s only during the past five years that she’s been golfing on a regular basis. She credits her husband, Brent Lothian, for helping her get into the game.

“I married … an avid golfer and so I think it was kind of … I could either join him or stay at home or find something else to do, so I decided to join him,” Lothian said. “He's kind of my coach and (a) very patient teacher.”

Lothian is a resident of White Bear Lake and frequently plays the 18-hole course located in the community. Another favourite is the nearby Golf Kenosee, where her husband works as the pro shop manager.

“Both at Kenosee and at White Bear … it's top notch.” Lothian said. “I do believe that we're so fortunate to have two high quality, awesome courses so close together.”

Some of Lothian’s fondest memories have taken place on a golf course, including many with her extended family..

“I have very fond memories of Brent's grandparents and my kids golfing together ... so that's like four generations that are golfing together. So I thought, you know, that's, that was kind of very cool,” Lothian said.

While the game has many draws, it's the community of people who play the game that Lothian said she appreciates the most

“One of the things that we love is the fellowship, that camaraderie. You know, some of the best games are when I'm laughing so hard ... That's always so much fun.”