The love of the game came later in life for Balogh

Jason Balogh of Kipling grew up playing many sports with hockey and baseball being his main focus. Balogh took up golf later in life as he explains: "I didn't start until I was 20 or so.
Jun 18, 2021 6:25 AM By: Laura Kish 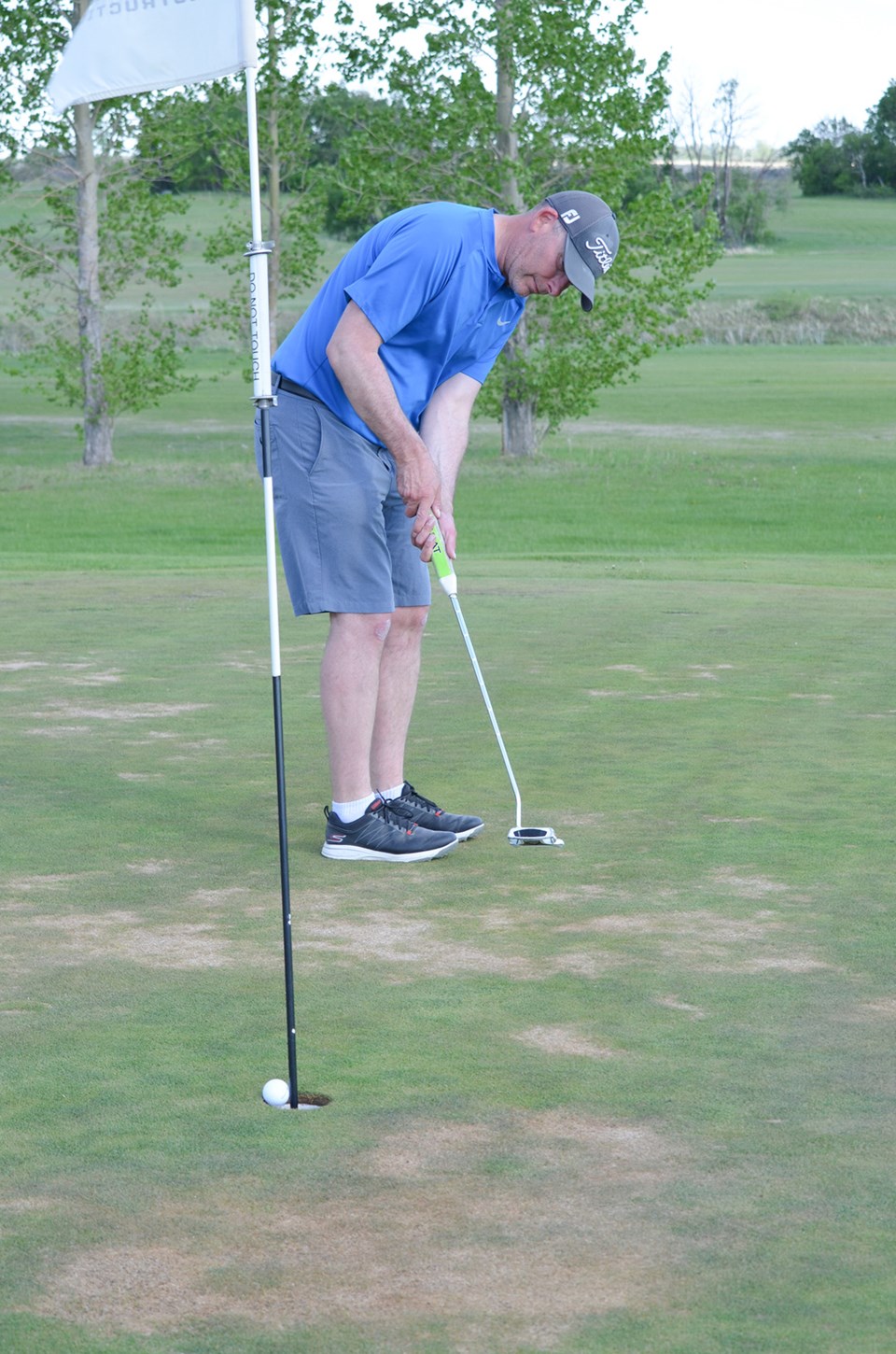 Jason Balogh of Kipling grew up playing many sports with hockey and baseball being his main focus. Balogh took up golf later in life as he explains:

"I didn't start until I was 20 or so. There wasn't any baseball going on and we were looking for something to do, so a group of friends tried a round of golf at Windthorst.”

Balogh didn't really think too much of the sport even though he feels it's sort of like baseball and hockey because of the same muscle movements.

A couple of years had passed before he took it more seriously and started playing more rounds and got a little bit better at the game.

"It's so addicting now; you're always chasing your lowest score ever. In golf you're in competition with yourself, always trying to beat your best personal score.”

Any day of the week you may see Balogh out on the golf course. He is now quite an avid golfer.

“I usually try to golf every day if I can,” says Balogh, “depending on how busy the course is. Most days I'm usually out here.”

Balogh sometimes golfs more than once a day. If the course is quiet he says he can do 36 holes no problem, sometimes even 45 holes.

Balogh reminisces about his first hole-in-one, which was actually on his hometown golf course of Kingswood.

Unfortunately, Balogh was golfing alone when he got his hole-in-one so he wasn't able to share the exciting experience.

“Again I holed out for a three on the same hole on a skins night,” he explains.

Hitting his first ball out of bounds, he opted for a second shot from the tee and it went in the cup which counted for a three, which wasn't a hole in one but it was a hole out.

So why does Balogh love golfing so much?

“It gets me out doing something, being active. Sometimes I enjoy it and sometimes not so much.”

That's how golf goes, you're either having a good day or not.

“You can be having the worst round in your life, or that year, or that week – all of a sudden you'll hit this one shot and it sounds right, it feels right, it bounces good and the ball goes where you want - and that's why I play.”

“Sometimes they're few and far between," laughs Balogh "depending on the day."

Balogh has tried out many of the golf courses in the area.

“I've golfed in Seattle. We also took a guys’ golfing trip to North Dakota. We're fairly lucky in the southeast corner of the province, we have some dandy nine-hole courses. White Bear is probably the hardest back nine in the province.”

Balogh now shares the love of golf with his son, Winston. The two golf together on men's night and he follows his son’s journeys through him being on the school team.

In a regular season, Balogh figures he plays around 150 to 160 rounds of golf on a nine-hole course.

“We have the course right here so why not,” says Balogh.