Crops are advancing in southeast Sask.

The crops are continuing to grow and develop in the southeast region as rainfall has come with a number of thunderstorms in the area, bringing varied amounts of moisture.
Jul 17, 2019 12:14 PM By: Greg Nikkel 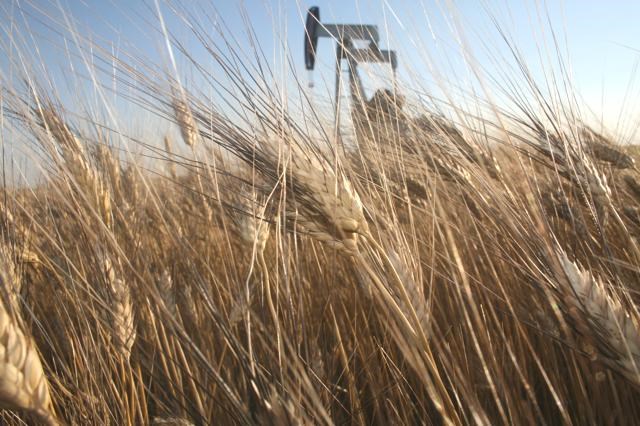 The crops are continuing to grow and develop in the southeast region as rainfall has come with a number of thunderstorms in the area, bringing varied amounts of moisture.

Depending on how much rain a given field has received, crops range from poor to good condition, and in development are ranging from normal to being behind for this time of the summer.

For Cedoux-area farmer Dale Paslawski, he is very happy with how much rain his fields have received and how well the crops are advancing.

“I’m very pleased with how the crops are doing, especially after the drought conditions we had earlier. I had some crops that were patchy and they are now filling in nicely. With the sun and heat, the crops are advancing quickly,” he said, adding there may be some yields that will be compromised by the dry start to the spring.

Some producers in the area have been spraying their crops, mostly with fungicide to prevent leaf disease in crops like lentils, which don’t handle the humidity that is now in the area. The canola crops are starting to flower nicely, he added, after initially having some problems with flea beetles and cutworms.

“I’m very excited with how the crops are looking right now. It looks like we’re almost on par with last year, although some crops are a little bit shorter,” said Paslawski.

Rainfall ranged from trace amounts up to 90 mm in the Ceylon area, which has received the most rainfall in the southeast since April 1, with 278 mm recorded so far.

The RM of Tecumseh had 46 mm of rain, while the RM of Weyburn saw 26 mm, Brokenshell had 35 mm, Francis had 5.5 mm, and 58 mm was recorded in the RM of Laurier in the Radville area.

“We’ve got adequate moisture, and some guys have excess moisture, especially in low-lying areas,” said Paslawski.

Livestock producers currently have four per cent of the haying cut and one per cent baled or put into silage. Hay quality is rated as 52 per cent good, 33 per cent fair and 15 per cent poor.

Producers are reporting that hay yields are significantly reduced as a result of a lack of moisture in the spring. Pastures have improved, but will have a reduced carrying capacity.

Paslawski noted there are some farmers haying, and some are cutting hay in ditches to supplement what they’re growing as spring frost hurt some hay crops, and the lack of moisture initially in the spring. Some farmers have been seeding oats to grow as greenfeed, to offset any loss in yield of hay crops.

Pasture conditions are rated as 49 per cent good, 38 per cent fair, 10 per cent poor and three per cent very poor. Livestock producers also have water quality concerns for their livestock.

Paslawski noted some of his early-seeded crops are a bit on the short side but have been heading out, and he is unable to say at this point if his yields will be affected.

He suggested some farmers may be assuming they won’t have much of a crop, but may find a surprisingly good crop come harvest time.

“You roll when you roll and get it in (in the spring). I don’t have a crystal ball,” said Paslawski, pointing he had no way to know then that there were would be this level of moisture later on.