Newly opened Yorkton restaurant serves pizza with a side of kindness 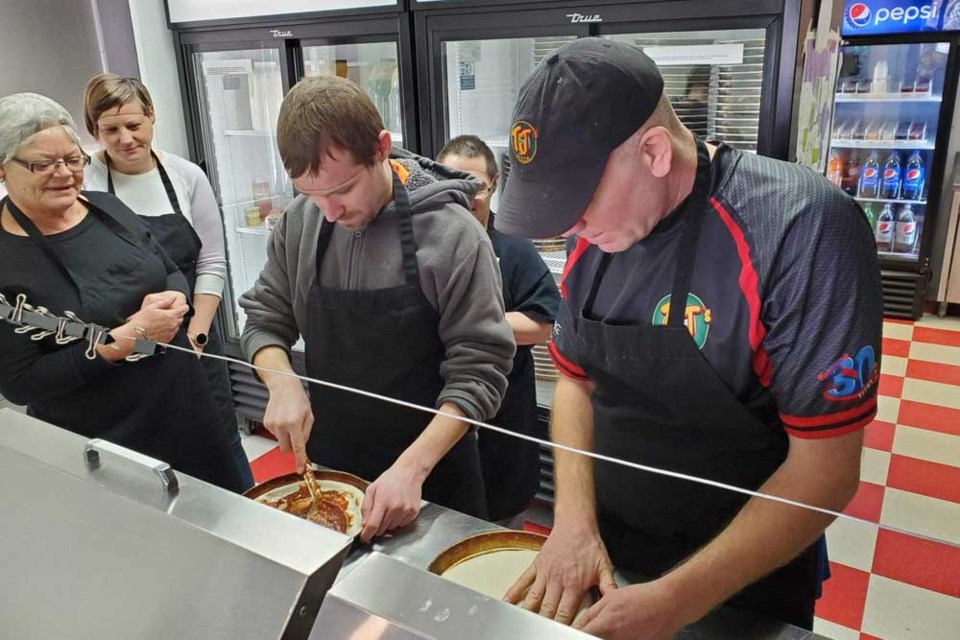 TJ’s Pizza in Yorkton aims to create great pizza at a reasonable price.

“Our pizza has a fresh and unique flavour unlike anyone else’s,” says Dave Nielsen, owner of TJ’s Pizza Yorkton.

Nielsen isn’t a restaurateur by trade. He previously worked as a gas plant operator in the Alberta oilpatch for Husky Energy in Edson. After getting married, he was tired of commuting back and forth between work and home in Regina Beach where his wife was from.

“You only live once and you have to make the best of it,” Neilsen says. “I got married so I could be with my wife. So I started looking around for a career change.”

Nielsen has friends who had opened their own TJ’s Pizza franchise and after weighing his options, he decided to take the same plunge. He and his wife resettled in Yorkton.

“It seems like the right place to be,” Nielsen says.

So far, the response to the new restaurant has been positive.

“The people that are coming in are great,” Nielsen says. “We have a number of repeat customers and it’s wonderful to have them coming back.”

Recently, Nielsen connected with the Yorkton Adult Independent Living (YAIL) Harbor group home for people with special needs.Nielsen opened up the doors to TJ’s during the restaurant’s quiet time and took participants on a tour of the commercial kitchen, explained the pizza-making process and let them all have a shot at making their own. He donated the supplies that the group used during their tour.

“It was a good experience for me and for them,” Nielsen says. “My hope is that it’s an ongoing partnership.”

TJ’s Pizza is located at 249a Hamilton Road. To see their menu or order online, visit their website at yorkton.tjspizza.ca.