After decades of struggling with expenses and how best to tackle major repairs that are needed at Rocanville’s indoor pool in order to keep it operational, the town received some welcome news on Wednesday that it will receive a $1.
Jul 22, 2021 11:14 AM By: Spencer Kemp - Local Journalism Initiative Reporter (The World Spectator) 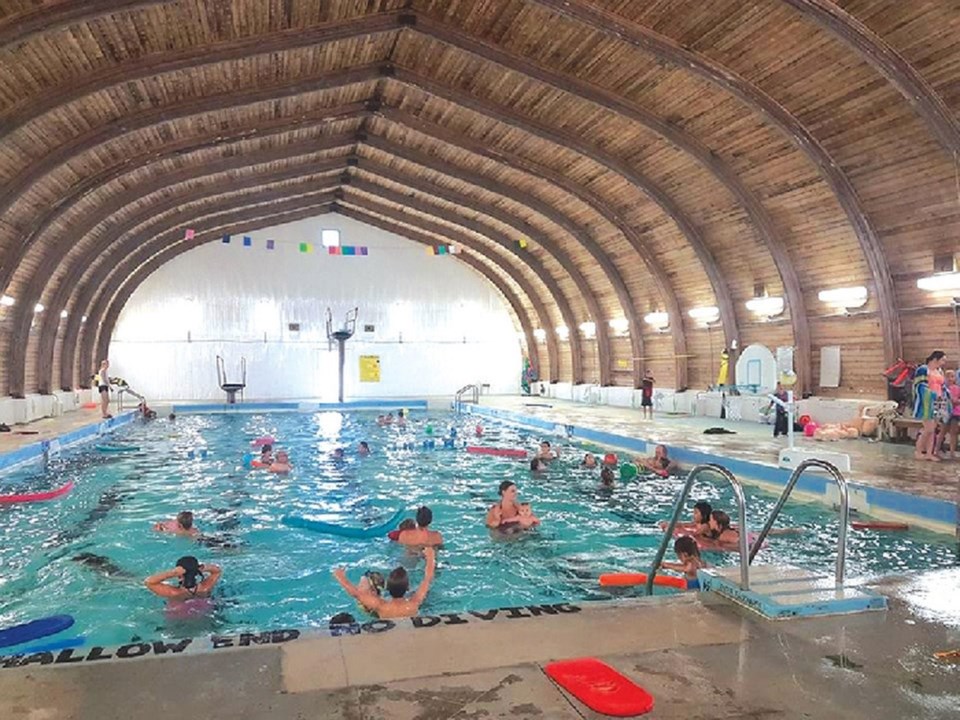 A major refurbishment is planned for Rocanville's pool.

After decades of struggling with expenses and how best to tackle major repairs that are needed at Rocanville’s indoor pool in order to keep it operational, the town received some welcome news on Wednesday that it will receive a $1.27 million grant for the pool through the federal-provincial Investing in Canada Infrastructure Program (ICIP).

The money is a major shot in the arm for a facility that had the town council and rec department discussing regularly how best to deal with major infrastructure improvements that are needed at the aging facility.

Work on the facility must be completed by December 2022, meaning the town must move quickly to get work started this winter, so the pool can be operational for the spring 2022 season.

Rocanville Mayor Ron Reed says the town will be meeting with engineers to assess everything that needs to be done at the pool so they can come up with a plan of action for starting on the project and bringing in donations.

“We do have a lot of work to do there. It’s just going to be a matter of meeting up with the engineers and figuring out the best path for the money,” says Reed. “Whether it is repairing the pool tank and the deck and piping, or the building, we need to get a cost benefit analysis done on all those types of jobs, an approximate cost, and then make a decision on what we want to do. We’ll work closely with (Rec Director) Andrea (Logan), because she is so invested in the pool, to come up with the best game plan.”

Reed says the grant is a welcome relief.

“We’ve been scraping by and making do with the state that the pool is in now, and just trying to keep it open,” he says. “It is a draw to the community. There aren’t many indoor pools in the area that have the benefit of opening early in the season and staying open late (like we do). We’ve got to get it to that point where it’s almost a four-season facility.”

Reed says council and the rec director have talked about the possibility of starting from scratch with a new pool, but he says the cost of a new pool would be closer to $2.5 million.

He says the $250,000 fundraising target is a big goal for a small town, but with $1.27 million on offer from the government, he hopes the community steps up and starts fundraising to make it happen.

“We’re hoping the community and surrounding area does step up. There are pools in the surrounding area that are struggling to find certified staff for when they’re open. So we’re hoping as an indoor facility we’re able to be opened up earlier and we can draw in some of that crowd as well and have other communities in the area get their certifications done through the Rocanville facility and really help the whole region overall, as far as the pool staff and certifications go.”

Reed says the pool plays a big role in the community and surrounding area.

“It’s defiantly huge,” he says. “It’s one of the things that a lot of the students in the schools are interested in as far as summer work. Because it’s an indoor facility, it kind of serves that in-between time between when people are wanting to get out to the lake versus when hockey season is done. It works as an outing for the entire community, it’s somewhere to go and still be active.”