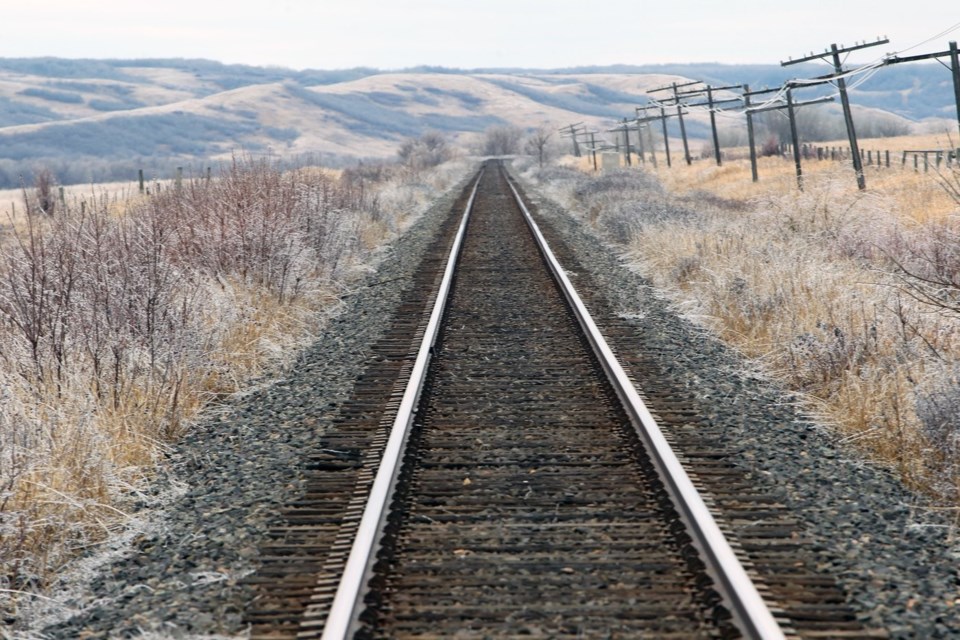 Birdtail Sioux Dakota First Nation Chief Ken Chalmers may be forced to take legal action to suspend traffic on the CN rail line running through his community if the federal government continues to stall on core-treaty talks.

After a decade and a half of peaceful relationship-building with the federal government, Birdtail Sioux First Nation Chief Ken Chalmers is wondering if it was all for naught.

Chalmers is now considering actions he refused to take previously, such as a legal injunction to block a rail line that crosses through Birdtail.

In April 2019, Birdtail and the federal government signed a framework agreement, which states the government will "explore and seek a mandate to negotiate a BSFN Core Treaty Relationship."

The goal is self-determination for the community of approximately 1,300 people, intended to address governance alongside infrastructure and socio-economic gaps that have developed over the past 150 years they’ve lived without a treaty.

So far, Birdtail and the federal government have met five of a planned 10 times in hopes of obtaining the mandate, have it go through the Orders in Council process — a legal instrument recommended by a minister – after which the two parties would negotiate a settlement by way of the core treaty.

"We were five meetings away from that (a mandate) when COVID struck," said Chalmers.

Federal negotiators could not travel to Manitoba, so talks stopped.

"We’ve been messing around for 14 years, now," Chalmers said. "We want to know. We understand about COVID but, come on, give us an answer."

The story goes back much further than 14 years. The federal government has considered the Dakota people American refugees since 1867. In the framework agreement, the government acknowledges that Birdtail members, as descendants of the Dakota, "traditionally used and were present on the lands that would become Canada after Confederation."

In June 2009, as chair of the Dakota Ojibway Tribal Council and Chief of Birdtail, Chalmers testified before the Standing Senate Committee on Aboriginal Peoples.

"We are considered refugees in Canada. We have really no home and Canada’s position is that we are refugees ... so we have no treaty. We are non-treaty Birdtail Sioux. We recently engaged with the Government of Canada in the last couple of years through Bill McKnight. Former Indian and Northern Affairs Minister (Jim) Prentice referred him to us in order to look at our grievances," he told the committee at that time.

Even then, he faced pressure from Birdtail members to blockade pipelines and rail lines, as he told the committee. But, under his leadership, Birdtail had promised not to take such actions. The proviso: moving forward with negotiations.

The pressure from band members is mounting. They’ve watched the actions, including rail blockades, taken by First Nations in British Columbia and Quebec, which often yielded positive results. They’re asking Chalmers why he keeps his promise and, as far as he’s concerned, the federal government is forcing his hand.

"We’ve watched these bands across Canada that had legitimate grievances get those things settled and pushed forward. And we’ve sat here and kept our promise," Chalmers said.

Meanwhile, the federal government is seemingly using the pandemic to avoid further meetings. People are flying now, Chalmers said, and there are obviously other ways to have discussions. Chalmers wrote the government a letter last month and is still waiting for a genuine response.

"They did respond with, ‘We’ll get back to you. We understand your position.’ That was it," he said.

Chalmers added that, at this point, suspending rail service through Birdtail looks like a real option, possibly by legal injunction.

According to the band, the federal government, which owned CN at the time, unlawfully took a portion of the reserve to build a rail line in the early 1900s.

"If we don’t get an answer, we’re going to have to do something about it. These are my people and my council telling me what to do. We’ve kept our promise for 14 years. They (the government) have broken it," he said.

"Is this a useless effort? Are you just stringing us along?"

Chalmers plans on one more letter. He said Birdtail may be the last thing on the government’s mind now, but that can change quickly if the band doesn’t get an answer.

"It’s very easy to pick up the phone and say, ‘You have your claim for Birdtail Sioux. Let’s move forward.’ We can get our lawyers and negotiators, and we can do this," he said.

Crown-Indigenous Relations and Northern Affairs Canada did not reply to questions by deadline.