Local motorists have probably noticed that curb replacement work is underway on Norway Road in Canora.
Jul 20, 2021 8:39 AM By: SaskToday 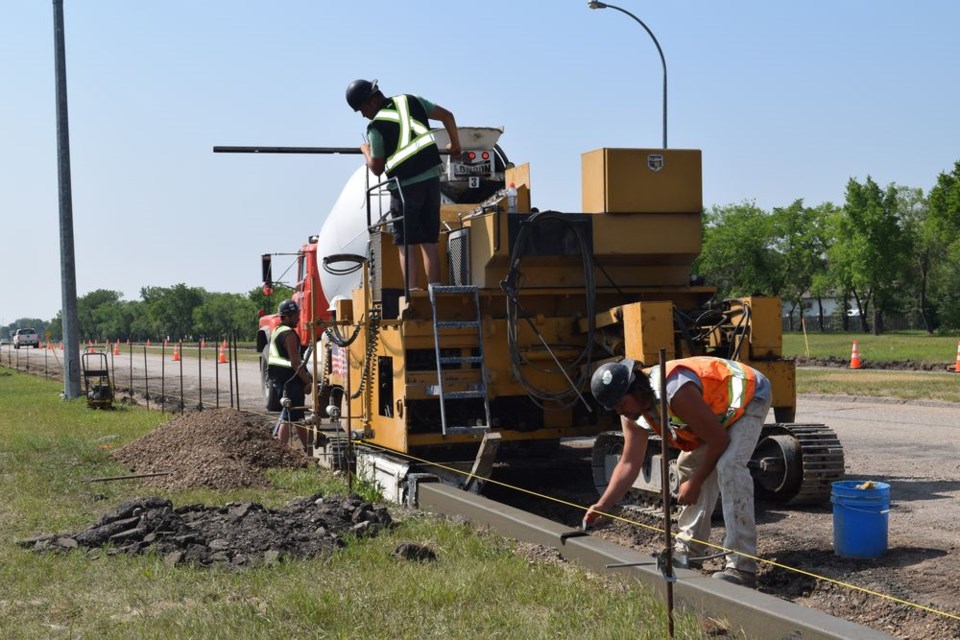 Norway Road in Canora is a busy place this summer. On July 15, Ministry of Highways workers were hard at work laying in the new curb as part of the Town of Canora curb replacement project, in preparation for the paving of Norway Road.

Local motorists have probably noticed that curb replacement work is underway on Norway Road in Canora. The curb replacements are being completed by the Town; and will include Norway Road only this year and are to include the centre medians there as well, said Michael Mykytyshyn, chief administrative officer, Town of Canora.

The concrete work is being done in preparation for the repaving of Norway Road. A portion of Norway, from Railway Avenue to Second Avenue, was recapped in 2019 when all of Railway Avenue was done.

At the conclusion of this construction season, all of Railway Avenue and Norway Road will have been repaved and most of the adjoining curb and gutter replaced.

“A lot of the curbing was asphalt, not concrete, and had significantly deteriorated. This caused both maintenance and drainage issues,” detailed Mykytyshyn. “Replacing the curb and gutter with concrete will ensure adequate drainage that, in turn, helps to preserve the asphalt surface. The project will also include upgrades to the drainage system, including the installation of a catch basin at the Co-op access to make sure that area drains well and will help prevent the pavement from breaking up.”

The curb replacement project this year was not a part of the Town’s long-term asset management plan, but became a priority when the Ministry announced the recapping of Norway Road.

“The curb project will cost the Town about $600,000 and is being funded through a combination of reserve funding and long-term borrowing,” concluded Mykytyshyn.