New owners of the Woodlander Hotel celebrate with grand opening

They have been in town for only a week, so it didn’t take long for Soon Kwon and Tina Choi – the new owners of the historic Kamsack hotel, The Woodlander, to host a grand opening event to introduce themselves and greet locals.
Jul 19, 2021 2:28 PM By: SaskToday 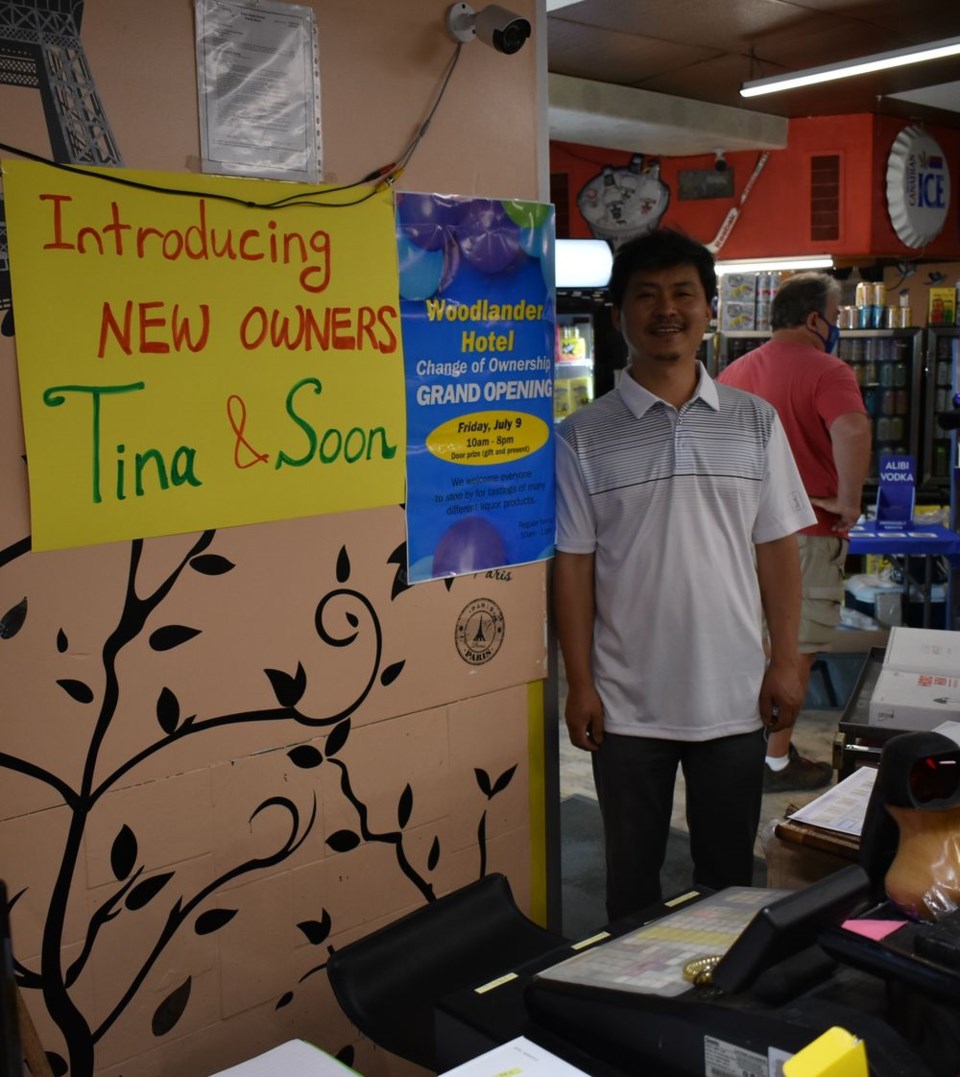 Soon Kwon, along with his wife Tina Choi, (who was unavailable for the photo) are the new owners of the historic Woodlander Hotel in downtown Kamsack. On Friday, July 9, the couple hosted a grand opening which offered a number of samples and door prizes to celebrate the change in ownership.

They have been in town for only a week, so it didn’t take long for Soon Kwon and Tina Choi – the new owners of the historic Kamsack hotel, The Woodlander, to host a grand opening event to introduce themselves and greet locals. Living in a suite in the hotel itself, Kwon and Choi are setting up their new Kamsack home along with their five-year-old daughter. The couple also has two older children who are currently attending university.

The grand opening event on July 9 ran from 10 a.m. to 8 p.m. at the liquor store location. Kwon was on site throughout the day, along with a number of beverage reps serving samples and offering door prizes.

Originally from Korea, Kwon worked as an insurance adjuster prior to coming to Canada. He met his future wife, Tina, while taking an ESL (English as a second language) program at the University of Toronto in 1996. When he decided to move to North America, Kwon wasn’t sure if he wanted to pursue immigrating to Canada or the United States, but ultimately choose Canada – arriving in London, Ontario in 2009.

Shortly after, Kwon retrained for a career as an automotive technician. After graduating from his training, he went on to work for two years at a Kia Dealership in Saskatoon. As fate would have it, while he was working for Kia, Kwon met a man from Kamsack named Glen Boychuk. Little did he know, Boychuk had been a previous owner of the Woodlander Hotel.

“I was amazed to discover that Glen was the owner of the hotel prior to the owners I bought the hotel from,” explained Kwon. “We couldn’t believe it! After a random meeting in Saskatoon - I would buy the exact same hotel ten years later. We both remember meeting each other all those years go. It’s quite a story!”

Kwon didn’t work in the automotive industry for much longer after that. He went on to make his first major business investment when he purchased a hotel in Grenfell. That hotel has since been purchased by Kwon’s brother who has taken over running the business, along with his own wife and three children.

Following the Grenfell Hotel sale, Kwon purchased a grocery store in Ituna in 2017. He stills owns that store and said he will be commuting between Kamsack and Ituna regularly to check in on both establishments.

As for the Woodlander, Kwon is excited to get to work on renovating the bar area that he said has been closed for the past three years. His vision consists of a modern country feel and Kwon is determined to have all renovations done before the end of this year, with the hope that guests will once again feel comfortable in coming together to share a drink, relax and socialize in the spruced up atmosphere.