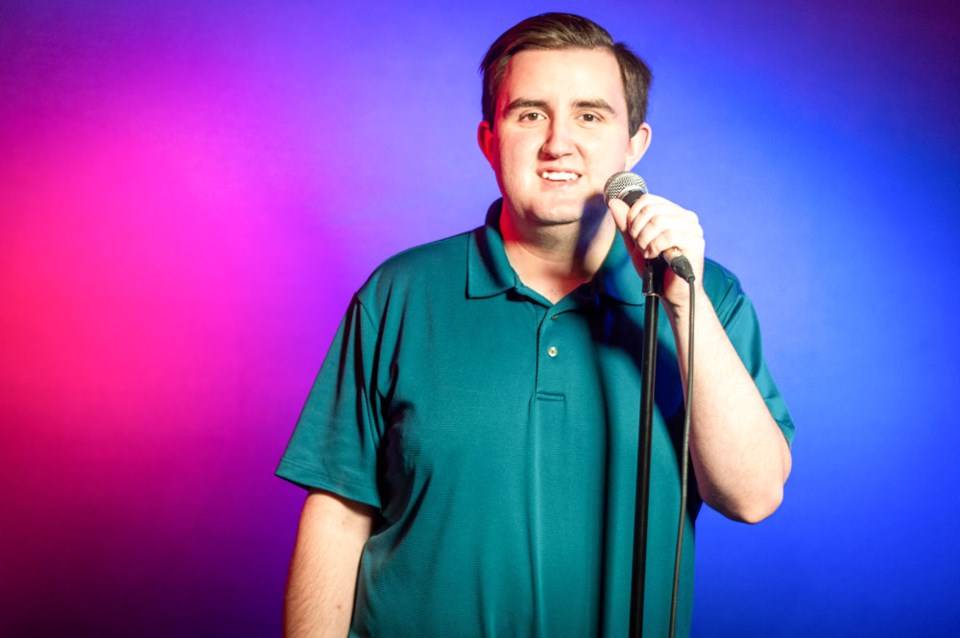 Robert Godfrey has received praise for his Kuarantine Karaoke nights, in which he sings and dances along to his favourite songs and requests each week. Photo by Robert Godfrey

Robert Godfrey wants to do his part to keep people entertained during the days of COVID-19.

Godfrey was a regular on the stage for karaoke night at Gibby’s Pub on Thursday nights for a couple of months, but thanks to the pandemic, he can’t showcase his singing and dancing skills for the public.

So he came up with the idea for Kuarantine Karaoke.

“I was talking to a couple of my friends on the phone, and I said ‘If there’s one thing that’s really getting to me in all of this isolation, it’s that I can’t get out and do karaoke,’” he told the Mercury.

It was a brief discussion, but after the conversation was over, he wanted to try something new. So he assembled a studio in his basement, and played five of his go-to karaoke songs in what he thought would be a one-off performance.

“Whether people like it or hate it, I’ll know that I had fun doing it.”

He posted it around midnight and woke up the next morning to see a fabulous response to the video that he shared. People who weren’t his friends or that he barely knows were liking and sharing the video. More than 800 people have viewed that first show.

“I saw all of the people who say it gave something to enjoy in these unique times. That was when I started thinking ‘Is this something that I could do again?’”

People started asking him to perform it again, and he started receiving requests. So Godfrey set up the studio again for the encore to Kwarantine Karaoke.

There was a request show in which people reached out to him to play their favourite songs. And there was a Thursday night karaoke special, in which he played some of the slower songs he might hear at Gibby’s.

He has a variety of songs to play as well. In the case of the May 2 performance, Godfrey played Gnarls Barkley’s I Make you Crazy, Shania Twain’s Whose Bed have your Boots been Under, the Red Hot Chili Peppers’ Dani California, Lizzo’s I’m Cryin’ Because I Love You, and David Lee Murphy’s There might be a Little Dust on the Bottle.

Godfrey noted that he’s looking for requests as well, because he’s running out of songs to sing.

“It’s just been a lot of fun to do, and it’s made me feel connected to everyone that’s watching the show or that’s commenting or messaging me, and it’s something that I myself look forward to doing every week, and I just have a lot of fun with it.”

The first show he did was a favourite because those are his songs that he likes to perform every week. The Thursday night special performance was a close runner-up.

He never imagined that he would have this kind of reaction.

“I thought I’d probably get 20 or 40 people that it would reach, and I expected a couple of people would comment on it, and that would be it. I did not nearly expect the amount of people that watched it or that shared it or commented on it.

“That was the best part, I think, is people have been so amazing in the comments, and I’ve had a tonne of friend requests from it, which is even better.”

If they enjoy the music and the show he puts on, or whether they get a laugh from something he stages from his basement, then it has exceeded his expectation.

He plans to continue at least until the restrictions from COVID-19 are lifted and he can resume his karaoke performances in front of a live audience. But even when that happens, Godfrey isn’t sure he’ll be ready to give it up.

He’s grateful for those who have watched and enjoyed the videos, and he’s always looking for more requests.