While the Boundary Dam Unit 3 carbon capture and sequestration program continues to perform within or beyond expectations, the Global CCS Institute announced recently they have raised the advocacy bar to tackle climate change.
Nov 9, 2016 2:00 AM By: SaskToday 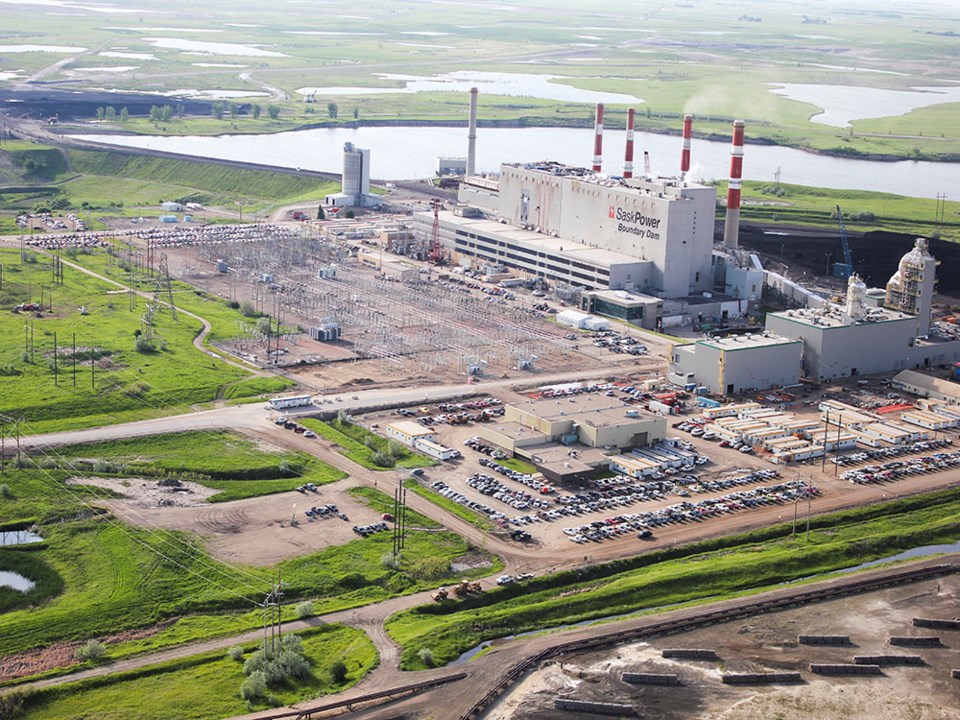 The official launch of the carbon capture and storage plant at the Boundary Dam Power Station was on Oct. 2, 2014. The one-year anniversary festivities were last week.

While the Boundary Dam Unit 3 carbon capture and sequestration program continues to perform within or beyond expectations, the Global CCS Institute announced recently they have raised the advocacy bar to tackle climate change.

In October, the SaskPower operated carbon capture island at Boundary Dam captured 82,355 tonnes of carbon dioxide during 100 per cent of the hours in the month. This brought the total capture for 2016 to 686,700 tonnes, which puts Unit 3 on track to meet the 800,000 tonne target this year.

The end of October also marked an important milestone, with the process having captured 800,000 tonnes over the last 12 months. Since the completion of the major project in October of 2014, the Unit 3 facility has captured nearly 1.23 million tonnes. This is equivalent of taking over 300,000 vehicles off the highways.

The past 12-month period witnessed the plant being online 85 per cent of the time, which met the designated expectations.

This month, Unit 3 will be taken offline for one week to conduct a scheduled routine inspection and cleaning.

While the carbon capture unit was deployed, the Unit 3 facility at Boundary Dam continued to produce between 110 and 118 megawatts of electrical power for the provincial electrical grid system.

In October, the daily average of carbon dioxide captured by Unit 3 peaked at 2,793 tonnes.

In the meantime, the Global CCS Institute stated it was intensifying its efforts to communicate the benefits of carbon capture and storage as a key climate change mitigator, through the appointment of new advocacy and communication positions.

“Advocating and communicating the need to embrace CCS technology is a vital component in meeting the world’s targets for mitigating global warming at least cost. As it stands, we are going to overshoot the Paris Agreement of 2 degree C temperature targets if CCS is not deployed alongside renewables and other energy efficiencies,” said Page.

Page went on to note there are now 15 large-scale carbon capture and storage plants now operating around the globe with another seven currently under construction, including one in Australia. A further 18 are in various stages of planning around the world.

Page pointed to the major project and program already in operation in Canada at Boundary Dam and noted there were two more coming online in the United States.

“CCS is the only technology that can achieve deep emission reductions in the industrial sector such as steel, cement, fertilizer production, which contributes 25 per cent of global CO2 emissions. Clearly, CCS has a fantastic story to tell and the time for action is now, if we are going to achieve the policy shifts necessary to tackle the climate change problem,” said Page.