A new company in Estevan has proven to be popular with the oilpatch since it opened, thanks to the services it offers. Prairie Pride Fishing, owned by Mike Zohner and Josh Brown, opened on March 1.
Apr 28, 2021 3:52 PM By: David Willberg 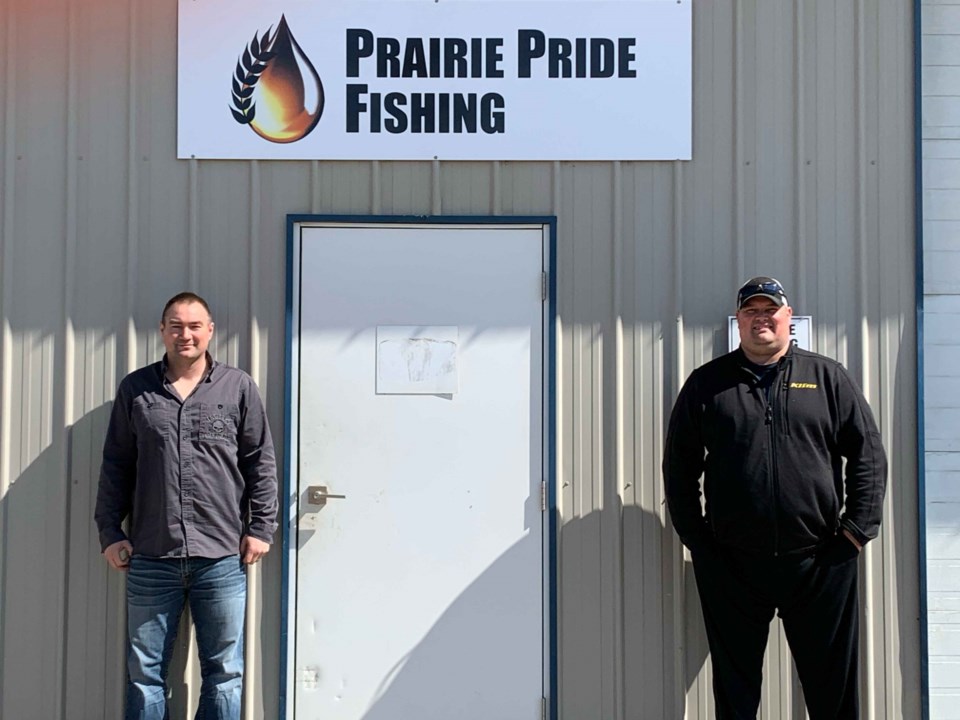 Josh Brown, left, and Mike Zohner are pleased with the response for Prairie Pride Fishing since it opened last month. Photo submitted

A new company in Estevan has proven to be popular with the oilpatch since it opened, thanks to the services it offers.

Prairie Pride Fishing, owned by Mike Zohner and Josh Brown, opened on March 1. The company is located at 1009 Sixth Street, which is just east of Souris Avenue South.

The duo said there has been pretty good support from local companies, who are excited to have an independently owned and operated oilfield fishing company in Estevan.

“We provide downhole oilfield fishing tools, so what we do is let’s say there’s some debris in the hole. We’ll go down and fish the debris out, or if there’s a stuck packer or an anchor, we can go down there and latch onto the pipe and jar it out,” said Zohner.

If there’s a damaged casing, Zohner and Brown can clean it up. If there’s some tubing that has to be fished to the surface, they can perform the task with their tools. And they can run washover pipe, jarring strings and all kinds of milling tools.

Brown is pleased with how the oilfield has responded to the business.

“When we first had the plan to start, we didn’t think we would be doing any work until after the road bans came off, but we’ve got eight invoices in the books, and people are still calling us for stuff, and asking questions, and we’re getting people dropping by the office to check us out and see what’s going on. It’s been whirlwind,” said Brown.

The customers have provided excellent feedback since they opened. When the business started, Zohner and Brown reached out to as many people as they could, but those people already knew Prairie Pride Fishing was in business, and they were waiting for a call.

Brown said he wanted to make a move for himself and his family, and do something with sustainable benefits.

“There was a risk involved in doing it, and we figured that taking that risk was going to make us happier in the long run,” said Brown.

People are often surprised when they drop by and see all of the equipment they have in their shop.

Zohner started working in the oilpatch at Weatherford in 2000, and worked at a couple of other fishing shops. Early in his career, he worked all over Alberta, B.C. and Saskatchewan, and settled here in 2007. He plans to work here for the remaining part of his career.

He enjoys the freedom of having his own business and being able to make it work his way. He learns something new every day, not just while owning the business, but while working in the industry. And he looks forward to being around for many years.

“We’re not planning on leaving any time soon, and we’ll grow the company and proceed forward,” said Zohner.

He was previously with Command Fishing and Pipe Recovery Ltd.

Brown moved to Estevan in 2003, and he worked in the yard for Viking Surplus for a couple of months. Ron Wanner came into the shop and said they needed someone to work the rigs. Brown volunteered and started promptly.

Brown said they will take an active role in the community. Instead of asking their employers whether they can sponsor a hockey team or purchase a park bench or support a community event, they can go ahead and do it.

“I’ve been in Estevan … for the last 18 years,” said Brown. “I’m originally out of Alberta, but my wife’s here, my kids were born and raised here.”

They appreciate the support from the community thus far, and they’re happy to be here and capitalize on this opportunity.