A change in location has made a big difference for one of Estevan’s long-standing business. Mid-City Plumbing and Heating moved into its present home at the corner of 13th Avenue and Sixth Street on Feb.
Jul 10, 2019 1:43 AM By: SaskToday 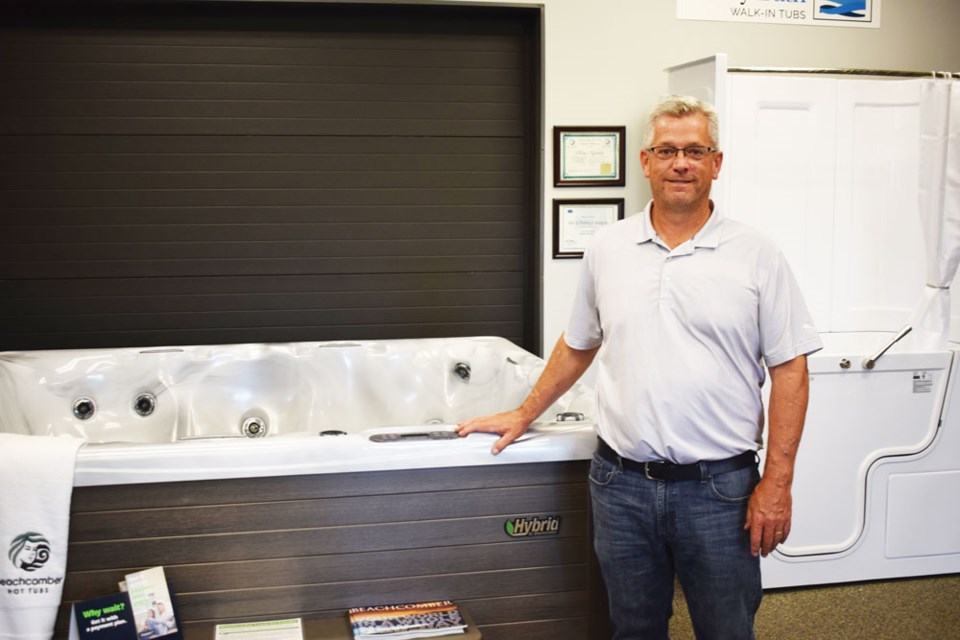 Kim Skjonsby stands next to one of the hot tubs available at Mid-City Plumbing and Heating’s new location on Sixth Street.

A change in location has made a big difference for one of Estevan’s long-standing business.

Mid-City Plumbing and Heating moved into its present home at the corner of 13th Avenue and Sixth Street on Feb. 28, and it’s been a big step forward, says Kim Skjonsby, who owns the business with his wife Dana.

The lot size is about twice what they had before.

“I had material spread out in different locations, and all of my trailers and lifts were at different lots where we were paying rent. It’s all at one location now,” said Skjonsby.

It’s fantastic to have everything all at one site.

“It’s a much different setup from what we had.”

Mid-City had been in its previous home for 42 years. Skjonsby has been part of the company for 27 years, and was a partner for 16 years. He and his wife bought out Vince and Kim Marcotte in 2013.

Skjonsby had long thought it would be nice to have more space, but previous attempts to expand didn’t work out.

The change in location doesn’t mean they’re carrying more products, but the days of having furnaces and air conditions stored off-site are over.

“It’s given us more space for work. We can bring our forklift inside and our Bobcat inside and when it’s February and -30 C, the forklift doesn’t want to start, now it’s run it out and unload the truck and bring it back in, it’s awesome.”

Others have asked him if the business is getting more walk-in traffic since the change. They’re not sure, because it’s not something they track.

While they’re previous home at the intersection of George Street and Souris Avenue North was a good one, the new home is even better.

“That was a good spot. You’re on a main drag, but I think this is better. A lot more traffic is driving by. We have really good signage, I think. Everybody has commented that it’s good.”

While there were certainly changes that had to be made from the previous tenant to accommodate Mid-City, there weren’t a lot. The office area, the parts room, the main shop and the flooring are largely the same. A couple of overhead doors had to be installed to get hot tubs in and out.

Customers are pleased with the new home. An open house was held on June 19, when the general public could drop by and take a look at what they have now. Burgers were served.

A couple of customers were working and couldn’t make it until after 1:30 p.m., but they were still served.

“I couldn’t have asked for better attendance. You sometimes wonder how many are going to show, but it was fantastic.”