Saskatchewan real estate sales in January 2021, are up, way up, over January 2020

The whole economy changed with the advent of COVID-19 in March 2020. But prior to that, things were, well, more normal. And that’s why year-over-year realty sales figures in Saskatchewan for January 2021 stand out, because they are up – way up.
Feb 5, 2021 6:24 PM By: Brian Zinchuk,Local Journalism Initiative Reporter 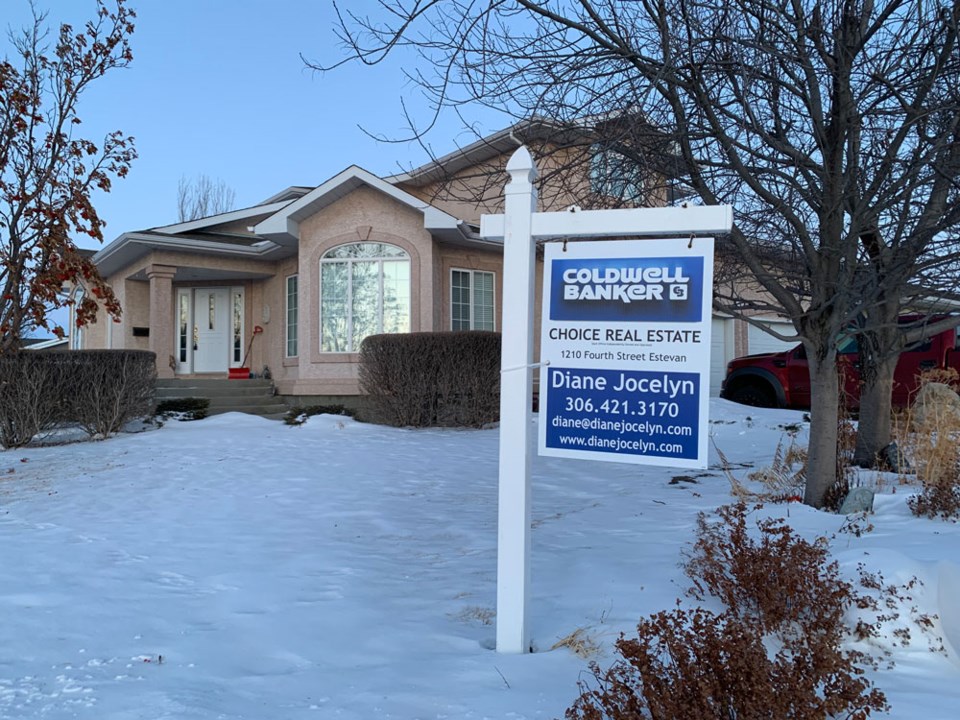 The whole economy changed with the advent of COVID-19 in March 2020. But prior to that, things were, well, more normal. And that’s why year-over-year realty sales figures in Saskatchewan for January 2021 stand out, because they are up – way up.

On Feb. 3, the Saskatchewan Realtors Association (SRA) said in a release, “Building off the momentum seen in 2020, the Saskatchewan real estate market started 2021 off strong. Across the province, sales were up over 49 per cent from last January (going from 616 to 919), new listings were down just over five per cent (going from 1,855 to 1,758). Inventories were also down in 18 of the 19 markets that the SRA tracks.”

“We haven’t seen a January like this since 2012,” said SRA economic analyst Chris Gbekorbu in the release.

With new listings down 10 per cent from their historical averages, there are fewer houses being put on the market. At the same time, the rising number of sales combined with falling inventory suggests strong demand for what housing is available. This could put upward pressure on prices and help to encourage potential sellers, according to the SRA.

“Although it is only one month and another COVID-like event could slow things down again like it did last March and April, this strong start should help us be optimistic for 2021,” said Gbekorbu.

The SRA noted that while some analysts have suggested that national housing numbers could suffer significantly this year, “most analysts project that home prices will rise and that the economy will see strong growth as we continue to recover from the effects of COVID. Most consumers are also optimistic about real estate, expecting the market to continue to grow and be a good investment opportunity.”

Samantha Krahn, director of external and government relations with the SRA, said by phone from Saskatoon on Feb. 4, “What is going on is pretty much across the entire province. People are still looking for homes, and there's definitely less homes out there. So, the ones that are available, people are clamouring for.

“We saw a lot of pent-up demand that basically drove the market up and we had one of the best years ever, last year, in real estate probably the last five years in almost all of the markets that we actually keep track of things for.

“So it's pretty extraordinary, considering the pandemic. You know, people really want to find a home and they're spending more time there.”

This is happening despite an economy that saw thousands in Saskatchewan lose their jobs and businesses fighting to stay alive due to pandemic restrictions. Asked how that squares with the current realty market, Krahn said, “We had the lockdown in March, April and May. We were pretty stagnant; pretty much almost everything was on hold, it felt like in the market. And then June rolled around and things kind of just slowly picked up from there and even this month again, there's definitely less stock on the market but there's people out there looking for it.”

She said in Saskatoon, in particular, they are seeing something called a “delayed presentation of offers.” That’s were five to as many as eight potential buyers may view a home, a number of offers are accepted and then at a certain time, they're all presented to the homeowner. Krahn said that hasn’t happened in probably 10 years, according to some of their members. “It’s definitely a sellers’ market now,” Krahn said.

The number of new listings in southeast Saskatchewan fell 1.1 per cent, going from 93 to 92.

Looking at commercial real estate more in depth in the fourth quarter of 2020, Krahn said their economist found that, “COVID has accelerated trends that were already happening; less need for retail space and way more need for warehouse space, things like that,” according to Krahn.

She added, “It's definitely, I think, accelerated a lot of the trends that we've been seeing.

“You look at the southeast part, like Weyburn, Estevan, obviously things are a little bit less rosy down there, I think, probably because of resources and some of that. Same with Calgary, normally one of the hardest markets in Western Canada,” she said.

She doesn’t see anything going downwards anytime soon. Right now, everyone is waiting for the COVID-19 vaccines.