The Estevan Oilfield Technical Society’s (OTS) inaugural Top Gun trap shooting event Friday proved to be a hit with those who work in the oilpatch.
May 2, 2021 3:14 PM By: SaskToday 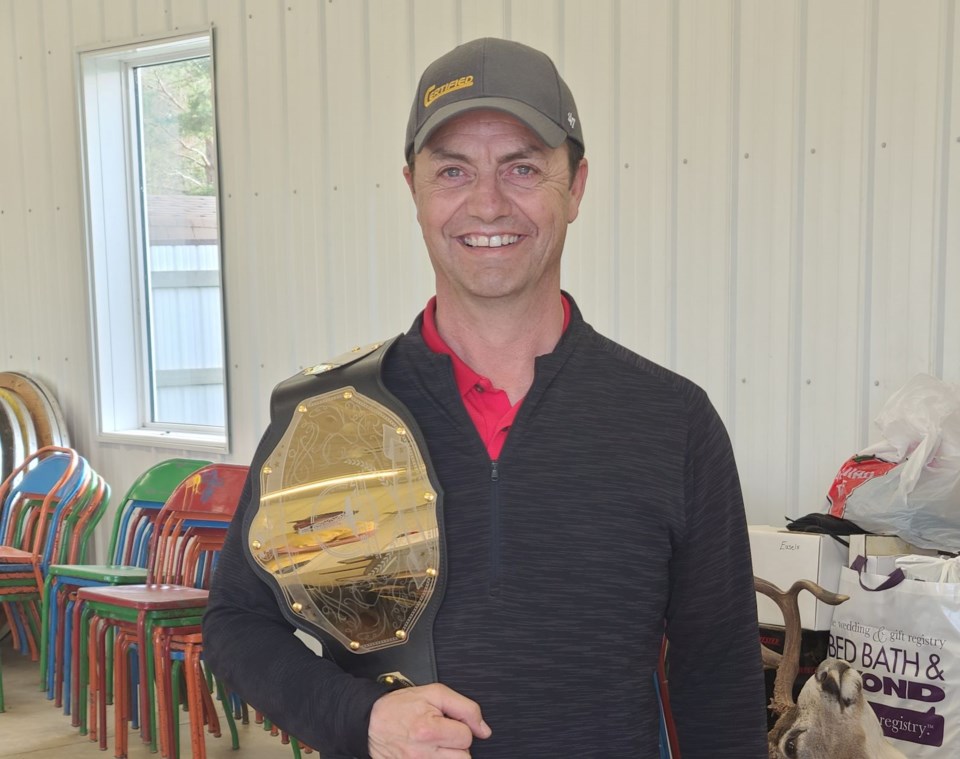 The Estevan Oilfield Technical Society’s (OTS) inaugural Top Gun trap shooting event Friday proved to be a hit with those who work in the oilpatch.

The competition attracted 100 participants to the Estevan Wildlife Federation’s shooting range near Boundary Dam. Teams consisted of five shooters each, and every shooter was able to fire 100 rounds.

The teams showed up in 20-minute intervals to keep everyone spread out.

Lyle Odgers was the individual champion. He finished tied with Derek Fichter for top spot with a score of 81, but Odgers was declared the winner because he had a higher score for the doubles event.

Chad Froese was third with an 80.

In the team competition, Certified Energy Services was the winner with a score of 356. Team members were Dave Odgers, Jared Schlamp, Travis Markoski, Mark Fitzpatrick and Patrick Sinclair.

Estevan OTS president Tony Sernick was thrilled with the event. It was a beautiful day to be out on the range, even if the winds were strong.

“Everybody loved it, just getting out and getting something to do, doing something safely and all that,” said Sernick.

Many of the participants remarked that they didn’t realize a trap-shooting range existed at Boundary Dam, but Sernick noted it’s been around for decades.

The trap shoot was initially slated for April 16, but a spring snowstorm blew through the Estevan area a few days earlier, and there was still snow on the ground on the originally scheduled date. The two-week delay proved to be beneficial.

There were some low scores, since many of the participants were trying trap shooting for the first time, but there were also some high scores. Lots of scores were recorded in the 70s, and he marvelled that the top shooter was in the 80s.

Sernick also gave an honourable mention to Logan King and Sam Meek, young members from the trap shooting club who helped out and filled in for a couple of teams that were short a person. The youngsters put on a clinic for their teams, Sernick said, with King scoring a 90 and Meek putting up an 87.

Trap shooting is a sport that can still occur despite the ongoing pandemic restrictions, Sernick said. Everybody stuck to their groups, and there were three different shooting stations.

“With the amount of space and the beautiful facility out there, it was very easy to stay apart,” said Sernick. “All the picnic tables were 20 feet apart.”

Still, even though they couldn’t serve food or provide entertainment, there was a social component and interaction for the shooters.

Sernick expects this will now be an annual event. The OTS has talked about hosting a trap shoot competition for years.

“It was a totally different event, and it had a totally different crowd from curling and golf,” said Sernick, alluding to the other two events that the OTS traditionally hosts. “It’s just another option to get more people in the oilfield involved and getting together.”