Coronach gets $2 million to assist with coal transition 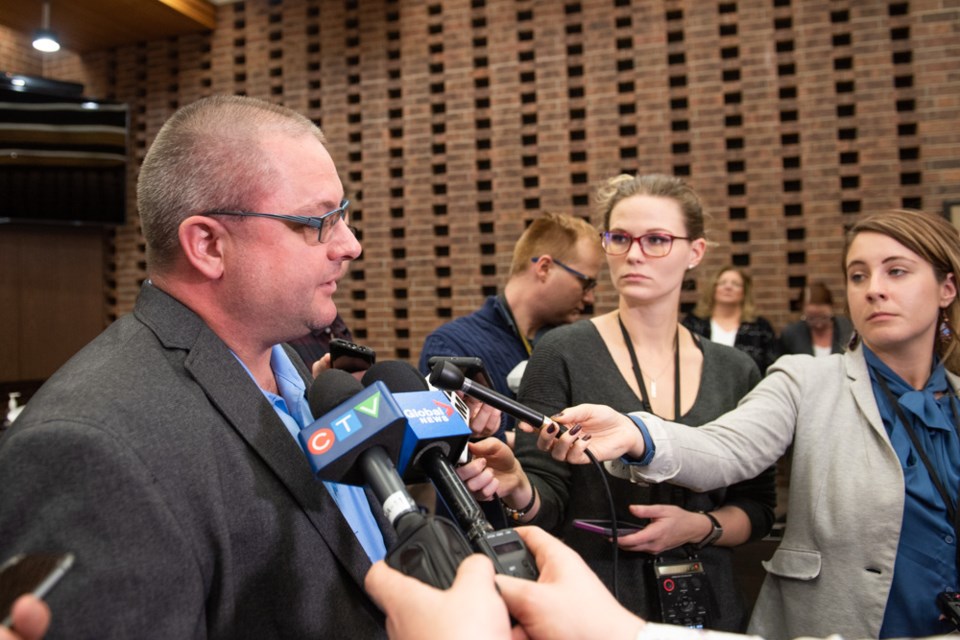 Coronach Mayor Trevor Schnell signed a declaration with Estevan Mayor Roy Ludwig, Premier Scott Moe and Minister of Government Relations Lori Carr on Feb. 28 with regards to $10 million of provincial funding for coal transition strategies for the communities. Coronach, home of the Poplar River Power Station and Poplar River Mine, will receive $2 million of that, spaced evenly over three years, starting in 2020.

Speaking to reporters, he said 300 jobs are directly tied to coal. The 2016 census pegged the town’s population at 643.

“We don’t have an oilfield. Our town is coal and power. That’s what we do. So, it’s huge. Huge,” Schnell said.

“We try to stay positive. Morale’s coming down. There’s not much future. There’s over 50 houses for sale in our town, our tiny town, which is a significant number.

“People are leaving. People that can bid out within SaskPower are leaving already, obviously for their future. So yeah, it’s tough.”

Asked if there’s any hope of carbon capture being installed at Poplar River, he said, “We don’t have an oilfield to inject it into.

“It would have to be pipelined. I don’t see it happening. In talks with SaskPower, I can’t foresee it.”

Asked about the future, he said, “With this announcement, with our money now, we can draw businesses in. We’re open! Coronach’s open for business. Come and see us. We’re here to help.”

Asked about federal responsibility, since it is federal regulations phasing out coal, Schnell responded that the Federal Just Transition Task Force had come to Coronach. “They came out, and saw us. I don’t think it changed anything. They should send money, help us with infrastructure. Our town is old, but our town was built bigger to accommodate the mine and all the workers. So that’s where the housing is going to be short. I think they need to come out with infrastructure money to help us rebuild the old part of town.”

He reinforced they are looking for new businesses. “Come see us, now that we’ve got money. It helps!” Schell said.

“We’re open to anything. Any sort of economic development would help, for sure.”

He noted the 300 workers affected aren’t just from Coronach, but the surrounding area. Workers drive from as far as Assiniboia, Rockglen, and Bengough to work there. He said, “We’ve started an economic development group. This is where this money will go, and try to draw businesses.”

Asked about how places like China continue to develop coal resources, and if its fair Coronach is being shut down by federal regulation, Schnell said, “It doesn’t make any sense, as it doesn’t make sense to you? It makes sense to no one. But it is what it is. There’s nothing we can do about it.”

Asked by Pipeline Newsif Coronach was a sacrificial lamb on the alter of global warming, he said, “I guess so, unfortunately.”