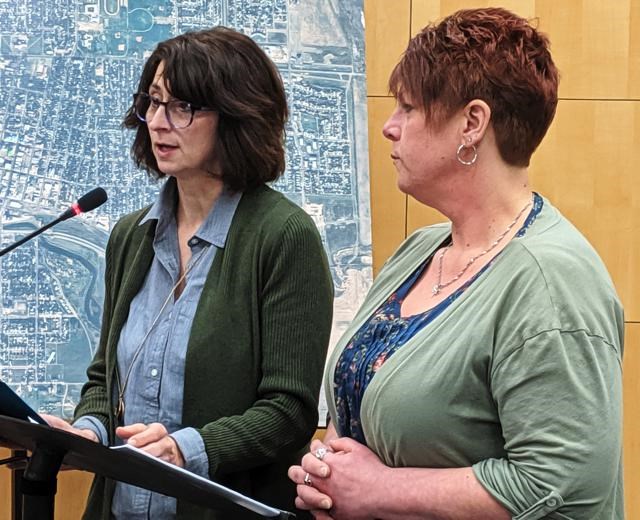 Envision Counselling and Support Centre is recognizing Sexual Assault Awareness Week from May 11 to 15, 2020 with a new campaign entitled “No Story Left Untold.” The week was proclaimed by the Government of Saskatchewan and is supported by Sexual Assault Services of Saskatchewan (SASS) and its 13 member agencies.

The social media campaign will highlight the issue of sexual assault in the province, share stories of survivors, and provide resources for survivors and the public. It will run throughout the week, featured on SASS social media channels including Facebook, Instagram, Twitter, and LinkedIn and shared by SASS member agencies, of which Envision Counselling is a member.

“Sexual violence needs to be talked about in our communities,” said Christa Daku, executive director at Envision Counselling and Support Centre. “The more open we can be with these conversations, the more people will see they are not alone and reach out for support.”

This campaign comes just after the release of a major research report, Sexual Violence in Saskatchewan: Voices, Stories, Insights, and Actions from the Front Lines. SASS, the University of Saskatchewan’s Community-University Institute (CUISR) for Social Research and Federation of Sovereign Indigenous Nations (FSIN) collaborated on the research which showed the state of sexual violence in Saskatchewan. The full report can be found at sassk.ca.

“Sexual violence is a serious problem in our province,” said Kerrie Isaac, executive director at SASS. “Sexual Assault Awareness Week assists us in highlighting this important issue. It also shows survivors that help is available, and demonstrates to the public what everyone can do to end sexual violence in Saskatchewan.”

SASS is a provincial non-profit organization that works collectively with front-line agencies, community partners, and governments that provide support and advocacy for those affected by sexual violence in Saskatchewan.

Envision Counselling and Support Centre has been supporting Southeast Saskatchewan for over 25 years by providing innovative programming and diverse counselling and support services to individuals, couples and families. Individuals looking for more information can find it on Envision’s website at www.envisioncounsellingcentre.com.

Last chance for COVID vaccine via a scheduled appointment in Weyburn
Jul 30, 2021 3:13 PM