The RCMP Heritage Centre in Regina welcomed incoming executive director Tara Robinson Wednesday, who will be leading the centre in its upcoming shift to become a national museum.
Jul 14, 2021 2:12 PM By: Larissa Kurz,Glacier Media 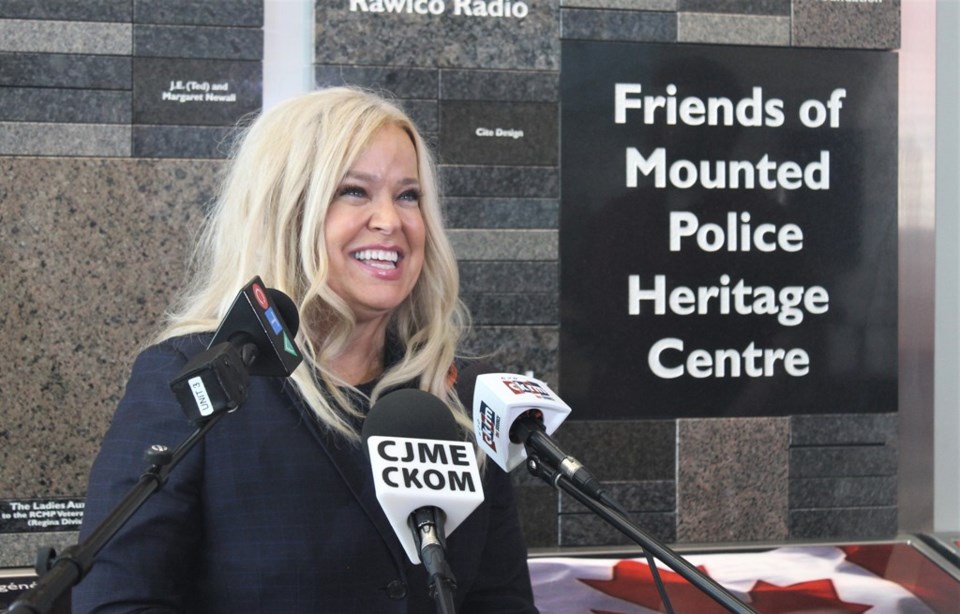 Incoming executive director Tara Robinson is excited to be the lead in the RCMP Heritage Centre’s transition to a national museum.Larissa Kurz

The RCMP Heritage Centre in Regina welcomed incoming executive director Tara Robinson Wednesday, who will be leading the centre in its upcoming shift to become a national museum.

Previously living in Calgary, Robinson is returning to Regina to take on the position and provide her expertise to expand and update the centre’s exhibits moving forward.

“It’s an honour to be here at this stage, because it's an important part of the organization’s history,” said Robinson.

Robinson has previously worked as the director of the Calgary Child Advocate Centre and Calgary Police Foundation and helped spearhead the creation of the YouthLink Calgary Police Interpretive Centre.

She is also a well-known face in Regina, as she was the first female evening news anchor at CTV Regina for several years.

Robinson said she is excited to see the RCMP Heritage Centre being recognized as a national site of interest, as well as being offered the chance to take part in that development.

“The RCMP have such a critical story to tell,” said Robinson. “They’re part of the fabric of this nation, and we think that is deserving of national status.”

To aid the RCMP Heritage Centre’s transition to a national museum site, the federal government has committed $4.5 million in funding over three years.

A detailed timeline for the transition has yet to be established, but Robinson said she already has plans for the changes coming to the centre, including utilizing new technologies in exhibits.

“We will be changing the interior, for sure, with exhibits, highly emotive spaces, and different ways of telling stories,” said Robinson. “We want to change the museum experience, and that’s going to take a lot of ideas and a lot of design development, but [we] want to make this different from any place you’ve ever been.”

The first step will be a consultation process, said Robinson, which will seek input from local community partners, including Indigenous voices, regarding RCMP history.

The Regina centre will be the third national museum located outside of Ottawa, joining the Pier 21 Museum of Immigration in Halifax and the Canadian Museum for Human Rights in Winnipeg — and the most western-located national museum to date.

Threshing demo in Midale shows harvesting from a century ago
Aug 2, 2021 8:57 AM